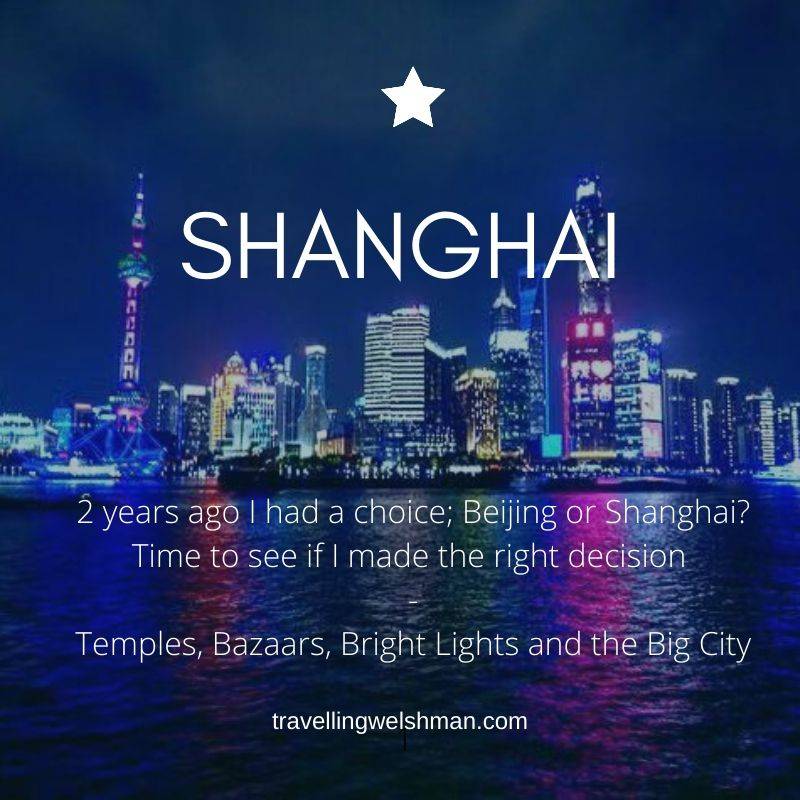 Two years ago I was faced with a decision; where would I like to live? Beijing or Shanghai. Quite the decision to make, particularly when you’re on the other side of the world and with no real knowledge of either of them. Throughout that time I’ve always wondered if I made the right decision, whether Shanghai really would have been the better choice. It was time to find out.

My arrival in Shanghai was synchronised with another farewell, a happier one than usual. This would be (for the time at least) the last train journey I’d have to endure in China. To reaffirm my hatred, in an effort to save money, I opted for the cheaper seat rather than splash out on a bed. It only took a couple of hours of claustrophobia, lack of sleep and locals’ amplified phones to make me regret my decision. A long agonising 21-hour farewell, good fucking riddance.

A quick jump on the subway later and I arrived at the hostel. This particular one had an unusual feature, something I hadn’t really seen whilst in China…it was full of Chinese people. Usually you’ll rarely find locals living amongst foreigners, almost as is someone would rather they were kept separate.

Escape From the City

I won’t lie that I really am not a fan of cities. I realise the irony having lived in one of the biggest cities in the world for two years, but still hasn’t changed my opinion; rather its strengthened my dislike. Therefore my first natural instinct when arriving in a new city is to escape it.

Not so easy every time, however there always seems to be one place where one can find solace and peace even in the biggest of cities. Somewhere where such serenity will always survive under the confines of spirituality. Those are the ever reliable temples.

I had a list made and headed out for the day to knock one after the other. First target was the nearest; Longhua Temple. This was easily recognisable from a distance with a large pagoda protruding out from the development next to a pond filled to the brim with painted turtles that fought for position on rocky outlets to have their moment basking in the sun.

Faithful devotees would walk around the perimeter of the pagoda clockwise, some with their hands together under murmured prayers. The temple had a number of halls within, each with their own shrines more lavish and decorated than the next. Each with their own set of devotees kneeling before them, each basked in the heavy stream of incense smoke. 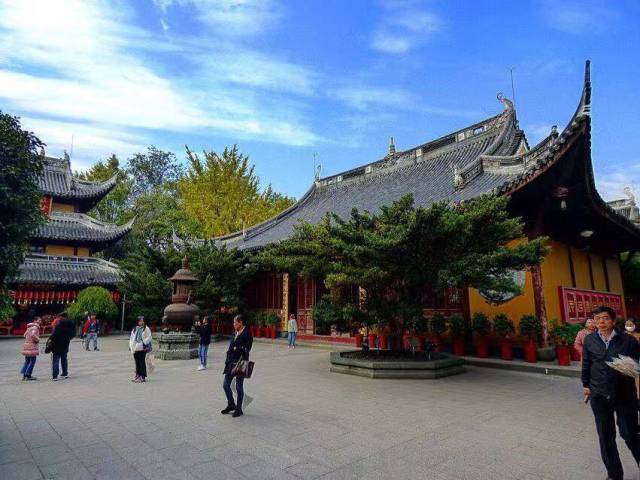 Although from the outside the temple might not be anything too spectacular, within the halls is where the temples really shine. Each hall has their own intrinsically designed statues in immaculate detail basked in gold, some of extraordinary detailed design.

Wandering Through the Alleyways

Before heading to yet another temple, I gave myself a little detour. I didn’t want to become sick of the site of them. This detour took me through Tianzifang, the old market district which these days had been renovated with modern cafés, nick-nack stores and such tourist grabbing vendors.

The renovations however have remained true to the time, keeping the authentic narrow streets which had always been there, allowing the original charm of the area to survive. As well as having the more modern touches they naturally kept some of the more authentic and true to form merchants.

Faith in the City

Back on the road and another temple to hit. This particular one seems to be the main temple when it comes to Shanghai, the one centrepiece of the city; Jing’an Temple. Only that could explain the quite expensive entrance fee of 50RMB.

Its also particularly unusual because of its location. Often temples within cities will be surrounded by modern developments, but not quite to this extent. Jing’an is wedged snuggly in-between monstrous skyscrapers and equally gigantic malls, almost brushing up against its walls. 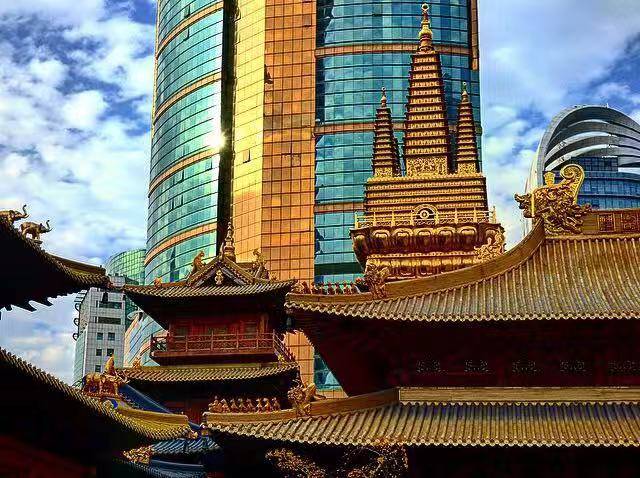 The grandeur of the temple matches its surroundings. Whisps of devotee cast incense smoke rises to the heights of the structures that surround it. Golden structures within the temple battle to reach the same heights but remain incomparable in beauty. The temple is the pinnacle example of how such peaceful serenity can still be held strong in an ever expanding and modernising world, and shall remain as such for as long as those hold strong to their faith.

Last But Not Least

The third and last temple of the day was the Jade Buddha Temple. Like every temple, despite having the same core foundation of faith, each succeeds in having their own unique character. Rich mahogany halls surround the compound with a plethora of shrines with an equal number of devotees making their rounds between each of them.

The main attraction to the temple was a solid jade Buddha for which the temple had been named. However for some odd reason you had to pay extra for that privilege and quite honestly I had my fill of temples for that day.

The sun was about to set, and it was time to enjoy the true highlight Shanghai has to offer: its skyline. Of course I would have to get the obligatory photo and act as if I was of a much higher class than I was. But where was the best place to go?

Of course I could walk across the way from the Bund, but everybody knows you can only really look classy if you’re photographed from a rooftop, right? I was sure I could find a decent rooftop to sit and gaze at the neon-clad skyline. More importantly I didn’t want to have to pay a ridiculous amount of money for the privilege. The Ritz Carlton is a little too expensive for me to pretend to be a baller.

A bit of research later and I found myself a bar on a hostel rooftop. It was a surprisingly classy affair considering it was above a hostel, with prices to match. Pricey for Chinese standards to say the least. However with such things its important to remember it’s the view you’re paying for. I sat sipping on my one drink as long as was acceptable, as did everyone else on the deck that night.

Drink finished, time for a closer look. I walked along the water’s edge (as did everyone else in Shanghai) trying to get the perfect shot of the Bund on the other side. Again I’ll remind you I’m not a city man. Frankly the fact that most “must-see” lists in Shanghai consist of sky-scrappers you should see is just a joke to me. Fair enough appreciating some spectacular architecture, but after gazing for 5 minutes and taking some snapshots, what else is there? It’s hardly an attraction, rather just something that happens to be there. That being said, it all suddenly makes sense once the sun goes down.

The next morning I had one target left, which would therefore be the very last thing I saw in China. A fitting farewell it was as well. This would be Yu Garden, however it turned out to only be part of the attraction. Nearby was the spectacularly decorated mazes of bazaars that engulfed the gardens. Just like you might expect in any other decent bazaar they came with their own range of vendors selling everything from snacks to nick-nacks, expensive rip-off watches and yelling enticing merchants.

As well as the immaculately unmistakably Chinese designed bazaars, nearby is also an equally beautifully designed tea-house leading from a series of walkways above a koi filled pond. Quite a significant tea-house it was apparently, one of the destinations that receives visits from very high profile people. It has received visits from no less than Presidents and the Queen of England as I overheard from a tour guide.

Walking through the wall of the garden you enter a maze of picturesque pavilions overlooking a tranquil oasis of interconnected koi filled ponds. Each pavilion comes with their own story and own significance to their placement in-between the high rock formations. Walk in the shoes of former dignitaries as you see one beautiful dream home after the next, walking in the footsteps of those worthy enough to enjoy the leisure that the gorgeous gardens provide. A perfect farewell to my Chinese experience. 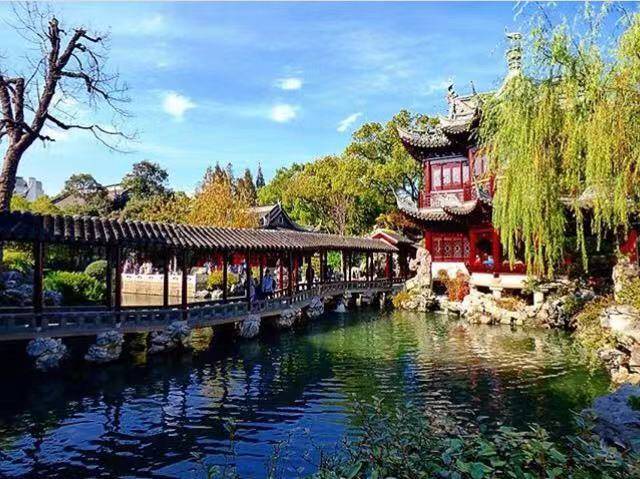 And there you go, two years later and one hell of a spectacularly beautiful chapter in my life has come to an end. China will forever hold a special place in my heart for what she has done for me and the story which I am writing. Xie xie China, you will be missed.

The show must go on, and the pages of this book must be filled. There’s more in this world to see and so little amount of time to do it in. I can feel a force pulling me towards the horizon, to the land of the rising sun. There are new lands to discover, those lands are none other than the islands of Japan. Time to visit the biggest city of them all. Bye bye Shanghai, hello Tokyo. 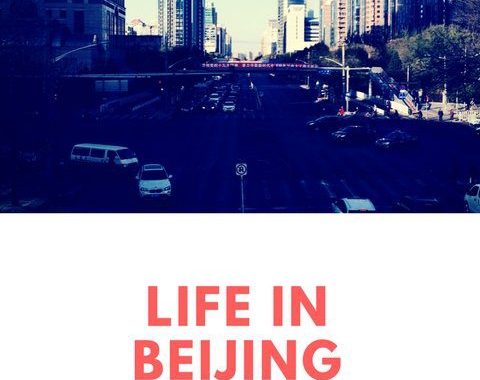 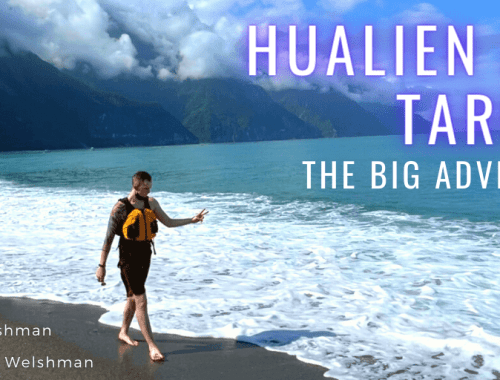 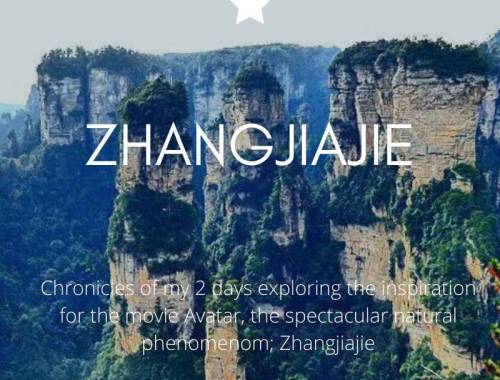