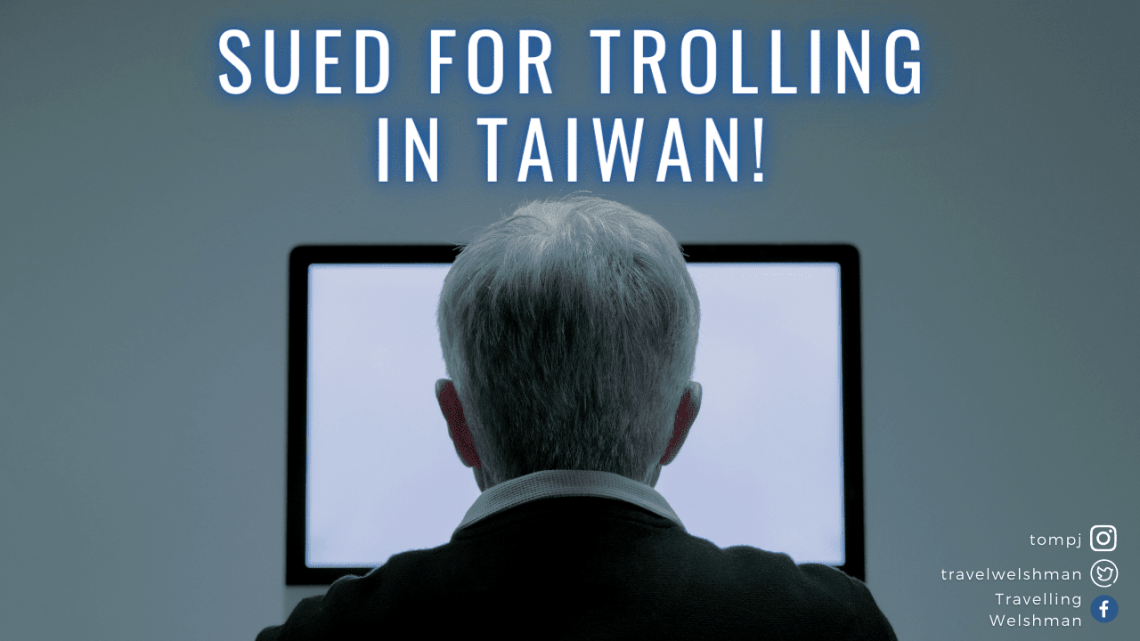 Freedom of speech is a beautiful thing. From ranting about clueless politicians and their laughable policies to bad-mouthing that arrogant waiter and his lacklustre service, we Westerners have gotten very used to the idea of speaking our minds for better or for worse. However, in Taiwan, freedom of speech isn’t so free after all.

Despite being one of the few true democracies in Asia, speaking your mind can have severe financial consequences, and you might even find yourself in prison for it! Whether it’s simply stating facts or childish name-calling, defamation and public humiliation are considered criminal offences in Taiwan!

So, before you drop an unfavourable comment on this article, let me guide you through the peculiar defamation laws in Taiwan!

Disclaimer: This article is not aimed at any particular individual and neither do I have any negative opinions or thoughts on any of the lovely people who read this article – please don’t sue me!

This article may contain affiliate links which I may be compensated for at no extra cost to you dear readers!

What Are The Defamation Laws In Taiwan?

Defamation laws are in place in many countries throughout the world, and for good reason. As we saw in the Johnny Depp/Amber Heard circus show or anytime a public figure is wrongly accused of abhorrent actions, it’s important to receive justice for having slanderous information shared about you that can tarnish your reputation. However, the problem in Taiwan is that the defamation laws are so weak that you can be sued for any comment that can be perceived as unfavourable.

Even if you were to state factual information or simply share your opinion, you’re still in the wrong. The laws are effectively based on the victim’s feelings. If they perceive your comments to be unfavourable or negatively impact their reputation in any way, then they have grounds to sue you. Not only that, but you could potentially find yourself facing prison time!

What Exactly Does the Law Say?

Let’s delve into some legal jargon. According to Chapter 27 of the Taiwanese Criminal Code, the law is stated as follows:

To sum up; if you insult someone in any way or even point out factual information that might hurt the public image of any individual, you can face a stint in prison and a hefty fine to boot. On top of that, individuals will be able to open a civil case against you to receive some financial compensation.

Though it doesn’t end there. Outstandingly, the law is not limited to the living:

That means, even if the individual is lying 6 feet under, even if they have committed unspeakable atrocities, you can still be sued for badmouthing them.

Are There Any Justifications for Defamation in Taiwan?

In the West, there are several factors that protect the average person from a defamation lawsuit. Those include sharing what you believe to be an honest opinion or something that is within the public’s interest. Though above all else, the truth is something that could never be challenged.

Sadly, this is far from the case in Taiwan. Even if what you’re saying is factually accurate, it still causes damage to someone’s public reputation, and thus, a criminal offence!

There are some circumstances where such actions are justified, though they are limited. As stated by the law itself:

In an age when mental health awareness is at the forefront, it’s important to find ways to maintain our happiness.

Travel may be the answer!

What Can You Be Sued For?

Now that we’ve covered the legal jargon, what does this mean in the real world? Well, it’s pretty worrying.

The problem with the defamation laws in Taiwan is that they are incredibly open to interpretation, as essentially anyone could make the argument that they’ve been slandered. Anything that can be considered hurtful to an individual’s public image could be grounds enough for a court case!

Swearing, badmouthing, criticising or anything that would normally be protected under the banner of “free speech” can be considered a criminal offence in Taiwan. Even the simple act of flipping the middle finger is enough to get sued!

What Does This Mean Practically?

Let’s roleplay a few familiar scenarios we encounter in the West. Let’s say you visit a local restaurant. The service was terrible, the staff were rude, and the food was dreadful. You go on social media to air your grievances and tell everyone about the awful experience you had. BANG, sued!

Now, let’s turn the tables. You’re in the service industry. A customer regularly visits your establishment. They’re rude to staff, antagonise other customers and are belligerent throughout. You lose your temper, let out an expletive or two and demand they leave. BANG, sued.

In both circumstances, these individuals can argue that you have tarnished their reputation and caused them public embarrassment. They have a solid case based on Taiwanese law and you’d be in line to pay out big time!

Can Insults Be Classified as Defamation?

In Taiwan, even petty name-calling can be considered defamation. Fortunately for us in the West, insults are protected under freedom of speech. Whether it’s politicians, police officers or just a random individual on the street, we have every right to share our worst opinions of them with no fear of retribution (or at least there shouldn’t be).

In Taiwan, there have been plenty of cases where individuals let fly some pretty mild-mannered expletives and found themselves with a hefty fine as a result.

A list of the best travel shows to give you the travel bug!

From backpacking to foreign cuisine and everything in between!

How the Laws Are Justified?

There’s actually some method to this madness of Taiwanese law. The reason that defamation is classified as a criminal offence in Taiwan rather than just a civil one (where you’d just get sued without receiving a criminal record) is to protect the common people.

The belief is that if the matter was a civil one, then rich individuals could rattle off insults left, right and centre with no real fear of having their finances significantly affected. By making defamation a criminal offence, everyone is vulnerable regardless of their social standing.

In theory, that might make sense, but practically it doesn’t. Rather than protecting the interest of the common people, it’s actually gone further to silence them. Whether it’s a politician or an influential company, it’s an effective strategy to keep dissenting mouths shut, and to avoid any sort of criticism.

On top of that, the threat of paying a hefty compensation still looms over the head of an average person, much more than it would be for a successful businessman who could afford to pay for a top-notch lawyer.

A relatively modern problem, social media has become a quagmire of moral dilemmas. More than ever people are protected with a veil of anonymity and allowed to troll to their heart’s desire. In Taiwan, it’s just even more opportunity to find yourself in a courtroom.

Just as if you were on the streets, any form of insult, misguided cursing, or simply stating a negative yet accurate fact could land you in a lot of trouble.

As tempting as it might feel to call a random internet user an idiot, the results could be catastrophic. On top of the potential prison time, criminal record and a heavy fine, it could also affect your visa applications and your ability to work in another country!

Has This Really Happened Before?

Yes, more times than you’d expect! In 2012, someone was sued for NT$8000 in a civil suit for making disparaging remarks about her sister-in-law’s breasts by claiming that she didn’t have any.

In 2011, a Taiwanese blogger was sentenced to 30 days in prison and ordered to pay NT$200,000 for allegedly writing a defamatory review about a local restaurant. What could she have said that was so appalling? The blogger simply wrote that the dish she had ordered was too salty and that there were cockroaches on the restaurant premises. The restaurant refuted these claims, sued, and won.

Facebook groups in Taiwan are filled with people tiptoeing around issues with carefully-chosen words as there are plenty of horror stories of people getting slapped with a fine for a misguided comment.

So, what does this mean in the bigger picture? The simple answer is that freedom of speech doesn’t really exist. True freedom of speech allows anyone to speak their mind, no matter how outrageous or inflammatory it may be. To limit that would be to limit one’s right to speak.

What’s even more worrying is that even if what you are saying is 100% factually accurate, it doesn’t matter. As long as your comment caused embarrassment or shame to the individual, you can be sued for it.

As the West has been learning to an agonising degree in recent times, people can be offended over absolutely anything (even over that comment I just made). Thus, simply claiming that something offended you is enough for a case in Taiwan!

Additionally, the defamation laws had the complete opposite effect from what they were intended to do. Rather than protecting the interest of the people from the rich and affluent, the laws give those same individuals the power to silence any critic and sue any individual who dares say anything negative about them!

How to Avoid Being Sued

Being offended is very much subjective, therefore any comment you may perceive to be harmless can be interpreted as hurtful and sue-able! Therefore, what’s the solution? Simple, keep your thoughts to yourself.

As hard as it may be, even the slightest retaliation on your part can leave you vulnerable to a financial attack, and worse, a criminal record! Remaining civil or simply ignoring whatever confrontation you find yourself in is the only way to avoid a disaster.

Thank you so much for reading You Could Be Sued For Trolling in Taiwan! Check out these other helpful articles!

What Are Warungs and Why You Should Eat in Them! 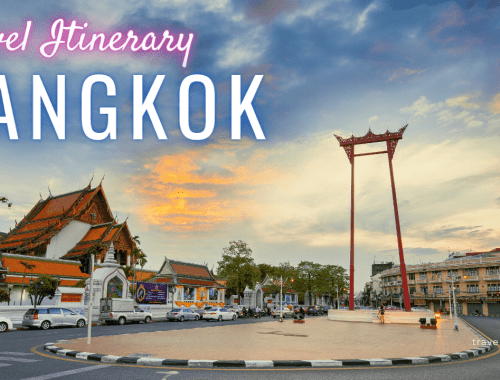 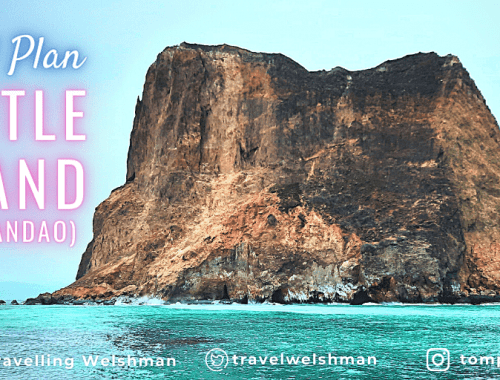 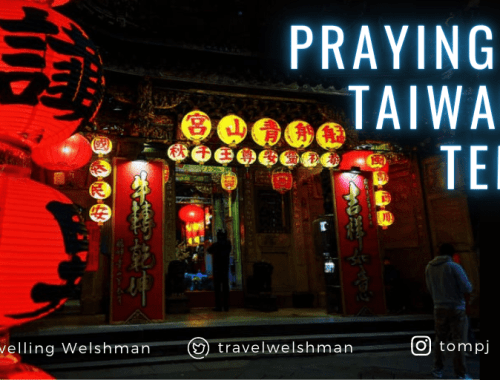