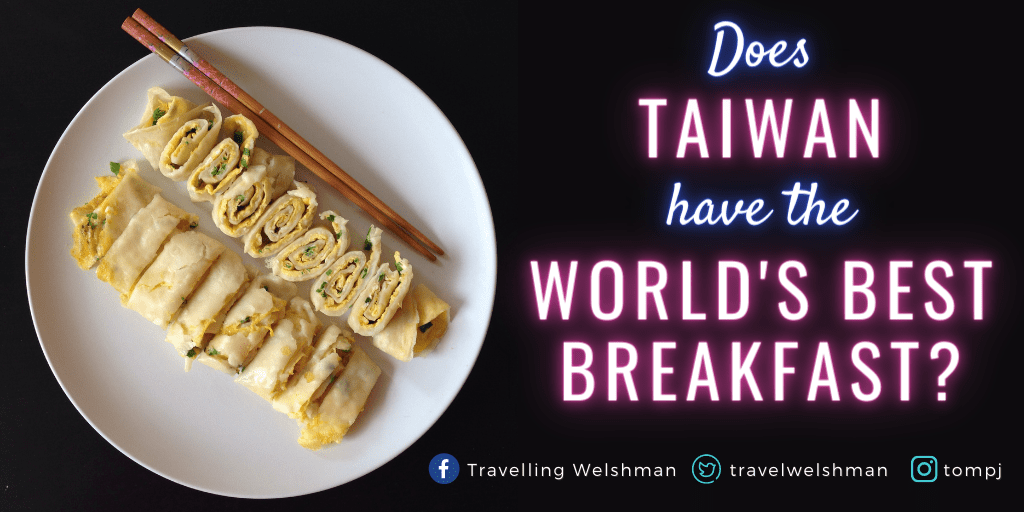 There are a few countries out there that are highly regarded for their cuisine. Italy, China and France offer some of the most iconic dishes and have massed countless restaurants across every corner of the globe! That’s all very well and good, but which country makes the best breakfast?

Though my homeland of Britain has never had the best reputation when it comes to food (other than mouth-watering fish and chips of course), there is one dish that has become a notorious stable of hotels and restaurant menus from Toronto to Timbuktu, the good old full English breakfast.

In my eyes, this hangover favourite was once the superior breakfast that would conquer any offering of a lacklustre jam covered croissant or muesli fit for a bird feeder. Yet despite that, over the last few years, I stumbled upon a new type of cuisine, one that turns out to be a worthy competitor for the title of the world’s best! Who knew that this nation would be Taiwan?

In English we might say “How are you?” or “Are you okay?”, in Taiwan, they ask whether you’ve eaten yet. The Taiwanese have a deep love for food, to say the least! Whether it’s 5-star restaurants or a quick snack from a streetside cart, a bite to eat plays an important role in daily life. There’s even a Michelin star guide to the street food in Taipei‘s night markets!!

Both culturally and culinarily, Taiwan acts as a melting pot that proudly represents cuisine from different nations. Whether it’s Japanese, Korean, American, Vietnamese, Greek or even British, the humble island is a proverbial UN of international eateries.

That’s not to say that Taiwan doesn’t also have plenty of its own unique dishes! Easily the most iconic is bubble tea which is now sold worldwide and even earned its own emoji! Maybe a little less reputable is the acquired tastes of stinky tofu, which I promise, smells much worse than it tastes!

The Most Important Meal of the Day

The people of Taiwan take this statement very seriously! Every local has their favourite spot to start off their day! Whether it’s a little old lady and her faithful cart, a hole in the wall with plastic seating or an entire restaurant perfect for an influencer’s Instagram, there are plenty of places for an early morning bite!

Even if you’re not a big fan of breakfast (neither was I), walking past stores that waft the scent of freshly fried bread and baskets full of steaming dumplings is enough to make your tastebuds tingle. And even better, many places offer them at every hour of the day!

What Kind of Places Sell Breakfast?

These aren’t the pristine polished restaurants that you might be used to in the West. They’re what some of us might call a greasy spoon; small, cheap, unhealthy and heart-warmingly delicious! A place where little old ladies work with the same jet black pans they’ve used for decades while getting their art of preparing breakfasts down to a T.

Where are the Best Spots?

It’s near impossible to count the number of places you can pick up breakfast in Taiwan! Though there are definitely some worth your attention!

Fuhang Soy Milk is amongst one of the most popular choices and often has enormous lines waiting their turn. It may be one hell of a wait, but it’s definitely worth the wait!

Yonghe Soy Milk is also highly regarded by those in the know! There are a couple of stores in the cities, though the taste tends to change slightly between each one! These are also open 24 hours, so be sure to head there after a heavy night in Triangle!

Possibly the best-known brand is Mei&Mei, which have branches almost everywhere in the country! They also have such a wide variety of things on offer and start as early as for those early morning risers.

What’s on the Menu?

Another huge benefit of a Taiwanese breakfast is the sheer volume of things on offer! The list is endless, and each spot has its own unique take on both the traditional classics and creative creations fused with western influences! Let’s look at some of the best highlights worth your time!

How about we start with hands down the greatest breakfast item of all in time, Taiwanese or otherwise! The base is nothing more than a simple thin egg pancake (more like a crepe actually) which is wrapped around various items. That’s where the fun comes in, what would you like inside?

Forget your French style strawberries and cream, we’re talking cheese, bacon, hashbrowns, even more eggs, tuna, fried chicken and all kinds of other cardiac-straining goodness! You could easily eat this every single day of your life and be overjoyed, they are simply incredible! Words nor even photos can ever do it justice, all it takes is one bite.

For the Taiwanese, this is the iconic breakfast item that instantly brings back memories of their childhood! You’ll see them everywhere! It’s almost the signature of a traditional breakfast place to see these poking out from above the counter!

You can almost feel your arteries close up, but God damn it’s worth it. You can either eat it by itself, or wrapped in a shāo bǐng, or, even better, it goes perfectly when dipped into your accompanying soy milk, just like the local kids would eat it! And speaking of which…

Taiwan has a great love of soy milk, so much so that it’s actually cheaper than cow milk! And good news for those counting the calories, this is probably the only healthy item on the menu! It’s vegan and usually contains no extra ingredients, though some sweeteners or sesame seeds may be added to create different varieties.

It’s typically served in freshly prepared take-out cups and can be both hot or ice cold. They’re often sweetened, though they might have a bit more of a nuttier taste than what you’re used to in the West. There’s also a slightly salted version which usually comes with a variety of things added to it for a bit more bite to your meal.

Wow a vegetable, that must be healthy? Well, it would be if it wasn’t deep fried like everything else on the menu! But hey, it still counts towards your 5 a day, right? This is quite a common staple of Taiwanese menus regardless of the time of day. It’s commonly pan-fried until crispy and covered with a savoury sauce or with an egg on the side.

Did you know that pizza could have come from China?! Cover your ears you proud Italians! According to some Chinese sources, pizza is nothing more than a simple adaptation of cōng yóu bǐng that was brought back from China by Marco Polo. It might not be true, but still an interesting thought.

Not only is it the perfect breakfast food, but it’s also an equally popular Taiwanese snack throughout the day. Pan-fried with a very generous amount of oil, cōng yóu bǐng are cooked until perfectly crispy outer surface and chewy centre! Then you have a whole other world of fillings to turn it into a wrap! How much more convincing do you need?!

Another favourite that has a reputation far greater than the breakfast table, these simple fried dumplings still have a well-kept place on the menu. Also known as potstickers in the West, guō tiē are a type of fried dumpling popular in Taiwan which are filled with a variety of meats and vegetables.

They’re usually cooked until golden brown on each side and many are joined as one big mass with a crisp skirt linking them all together. This is definitely a personal favourite of mine for any time of the day!

Each country has their own unique take on bread, and this is Taiwan’s. The unique type of flatbread is layered and roasted with sesame seeds sprinkled on the top. They usually come with a variety of fillings such as meat and veggies, and can even have a few you tiao stuck in too! Though if you’re trying to watch the pounds, then you can just enjoy it by itself!

Need I say more? Dumplings are an essential and iconic part of Chinese-speaking cuisine! There are many varieties in the dumpling family which range between the type of wrapper and wrapping technique. For Taiwan, undoubtedly their most iconic are xiǎo lóng bāo. You can find them in Michelin restaurants like Din Tai Fung, but they’re also a common feature of most breakfast places. You can easily find these spots by the enormous stacks of steam baskets that are found in them!

Another perfect on the go breakfast snack, these sushi-style rice rolls are wrapped around a combination of you tiao, eggs, and pickled vegetables. They’re also commonly filled with mounds of pork floss (another Taiwanese favourite), which are microscopic pieces of dried pork.

That’s not even half of it! There are hundreds of other items and unique varieties, some of which lean towards a more Western influence. These include a variety of burgers and sandwiches with a variety of fillings that you’d find in any shāo bǐng. You can also get the same fillings inside a mántóu (a super soft Chinese bun) that usually has its own unique flavours, including brown sugar!

Another very common dish is a kind of spaghetti which is popularly served alongside a flattened steak and an egg in places around Taiwan, particularly in night markets! A pretty unique combination, but definitely a local favourite! And I could go on.

While travelling through the different parts of Taiwan, you might start to notice that traditional breakfast foods can vary immensely! The further south you venture or deeper into the farmlands you explore, the heavier the breakfasts get to provide enough energy to work in the fields all day.

Tainan loves their hearty beef soup, while Kaohsiung, the famous harbour city, start their day with a predictable serving of fish soup. You’ll find that almost every region has their unique take on the first meal of the day.

If it isn’t adamantly clear by now, a Taiwanese breakfast isn’t the healthiest meal in the world. Much like the classic English breakfast, put aside your ambitions of a low-carb, keto-friendly, “my body is a temple” kind of meal. Other than basic soy milk, there isn’t anything you would consider healthy. Almost everything is fried, and often deep-fried, before being wrapped around something else that was also fried!

Heavy amounts of bread, dough and batter are served on every plate. Each step is a step closer to cardiac arrest, though, like any other food that is likely to do that, it’s so worth it!

How to Find Free Images For Your Website on Google 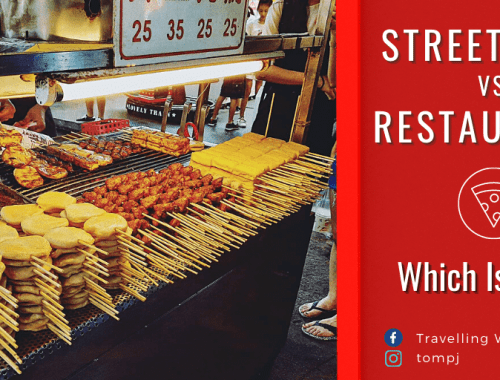 Street Food vs Restaurants: Which is Best? 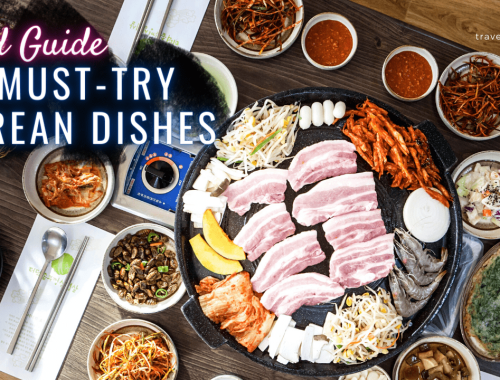 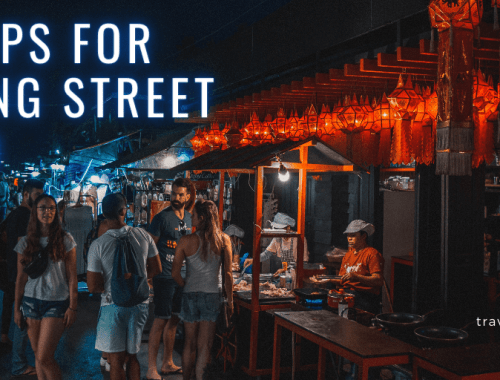