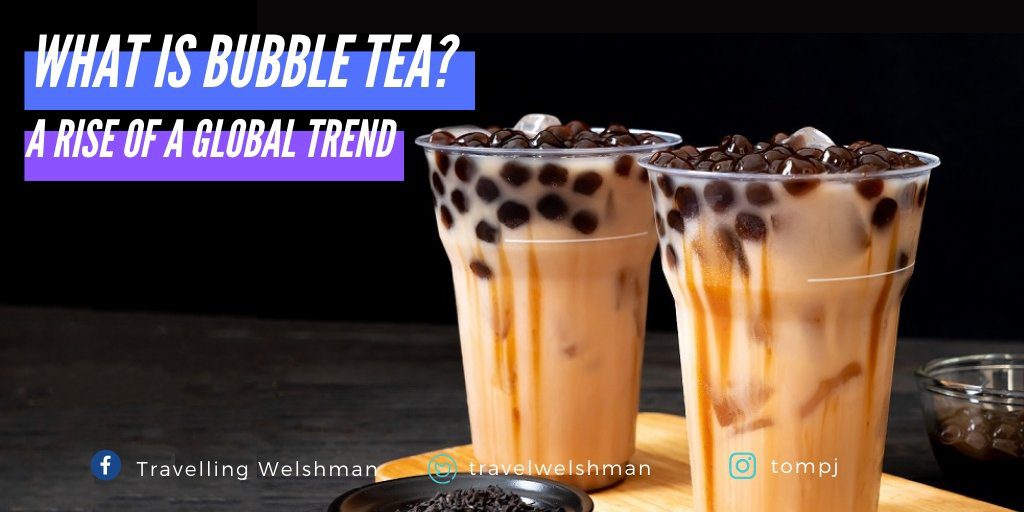 As a British man, I thought I knew everything there was to know about tea. I couldn’t have been more wrong! It wasn’t until I arrived in East Asia that I discovered a whole new spectrum of the world-renowned beverage, and stumbled upon a creation that has become quite iconic in this part of the world. Some call it boba tea, others call it pearl tea, while most recognise it by its original name, bubble tea.

Ever since its humble beginnings in a Taiwanese teahouse, bubble tea has become synonymous with the country and is considered an iconic symbol of Taiwan. As its popularity begins to rise dramatically in the West, bubble tea has also been adopted by a wider Asian-American community as part of their cultural identity.

Though many may not have heard of the liquid phenomenon, bubble tea is set to become the next big thing! The industry is already valued at $2.4 billion worldwide, and continues to rise each year! So it’s time you get acquainted with the new food trend that’ll soon be sold in a store near you. Cheers!

The original bubble tea consists of a tea base, whether black, green or oolong, mixed with any type of milk, which can be everything from condensed to powdered. However, the real star of the show is the bubble, which is typically made of tapioca pearls!

These chewy little spheres, which are almost like soft gummy bears, are used to add a different texture. The tapioca pearls are made out of cassava starch which was originally introduced to Taiwan during Japanese colonial rule. These pearls are also referred to as boba, which is actually Chinese slang for big boobies! So grab yourself a cup of titty tea today!

Two places claim to have invented the iconic beverage. The founder of Chun Shui Tang tearoom claims he created the drink in Taichung after he noticed coffee being served cold during a visit to Japan in the 1980s. The other claim comes from the owner of the Hanlin Tea Room in Tainan, who claims that it was invented in 1986 after he was inspired by white tapioca pearls he saw in a local market.

Regardless of the origins, from its inception, the drink quickly became a popular staple throughout Taiwan. By the 1990s, the craze also began to spread rapidly throughout their neighbouring South East Asian countries.

Not only was the drink a new culinary revolution, but also played a part in a cultural one too. Bubble tea conveniently arrived at a major crossroads in Taiwanese history. Many decades of often brutal martial law had finally come to an end, bringing with it a cultural and societal shift, particularly amongst the nation’s youth. Thus, bubble tea became a symbol of the changing times amongst the younger generation while still showing respect and admiration towards their past. Who knew a drink could be so political? And it doesn’t end there…

The Politics of Bubble Tea

Ever since its inception, bubble tea has played an integral part in Taiwanese culture, and has always been fiercely protected! Even the mere suggestion of cutting down their consumption already caused a national uproar!

In 2004, while trying to convince the public to approve of a highly expensive weapons deal, the defence ministry suggested that if the Taiwanese public would skip one glass of bubble tea per week for 15 years, they could save enough to pay for the military expense.

The campaign horrendously backfired, to say the least. Instantly the suggestion received passionate opposition, and if anything, strengthened the bond of the public to their beloved bubble tea. A local chain, Easy Way, even argued in a press conference, “Why don’t you ask people to skip drinking Coke instead?” Good question.

Many people are worried if street food is safe to eat or not?

What should you look out for? Why is it much safer than you think?

Who would have thought that tea could join nations hand in hand? Well, thats exactly what happened in the last year as Southeast Asian countries began joining forces to support democracy and oppose Chinese aggression. The likes of Hong Kong, Taiwan, Thailand and Myanmar have shown their support as part of an internet campaign to stand up to neighbouring adversity and internal conflicts.

Each nation was symbolically linked by their own preference for milk tea. Thus, the Milk Tea Alliance was formed, to which Taiwan was of course represented by bubble tea. China would become the natural enemy of the alliance as they do not add milk to their tea.

The Evolution of Flavours

As bubble tea grew more widespread throughout Taiwan and Asia, it soon evolved and branched out into more creative flavours. Stall owners started introducing all manner of artificial fruit flavours, as real fruit is too expensive and goes off quickly.

However, the real fun came with the creation of new toppings and additions to the drink which would not only add a new flavour, but also a new texture, which is an important element of Asian cuisine.

The classic staple has always been the tapioca pearls, which are usually black after being cooked with brown sugar. These could also be replaced by green pearls (with hints of green tea) or white pearls (made with seaweed extract.)

It’s also common to add different flavoured jellies and chewy treats within. Some shops might even add milk or cheese foam to the top to add a thicked consistency. The Taiwanese also love to add mung bean paste, which is another typical feature of many local desserts.

How Popular Is It?

It didn’t take long for bubble tea to start playing an integral role in local Taiwanese culture. So much so that April 30th was recently declared as National Bubble Tea Day and a golden image of the iconic boba was suggested as an alternative cover for the country’s passport!

Not only are bubble teas a staple of every night market in Taiwan, of which there are hundreds, but an estimated 50,000 separate teashops have been opened around the country. To put that into perspective, Taiwan only has a total of 394 Starbucks and 413 McDonald’s outlets.

In Taiwan, 1.5 billion cups of bubble tea are sold each year, which can fill almost 300 Olympic swimming pools! So while you’re walking the streets of Taiwan, you’re pretty much guaranteed to pass several people carrying a variation of the drink!

The Rest of Asia

As bubble tea’s popularity exploded in Taiwan during the 1990s, the influence also spread to its neighbouring Southeast Asian countries. The trend was rapidly picked up by the youths of Hong Kong, China, Japan, Korea, Singapore and Malaysia to name a few, and has remained a staple ever since.

In 2018 alone, the industry saw a 3,000% increase across Southeast Asia, including a 200% increase in store numbers! Southeast Asians drink an average of four cups of bubble tea a month, with Thailand and the Philippines topping the list of heavy drinkers! In China alone, there are close to 500,000 stores, and bubble tea is drunk 5 times more than coffee. Take that Starbucks!

Bubble Tea Spreading to the World

Over the last decade or so, the popularity of bubble tea has spread further afield from its Taiwanese origins and has slowly begun to gain traction in the West.

Don’t believe me? Check your phone! You’ll find a bubble tea emoji placed firmly between a cup of soda and a carton of orange juice, all of which are now considered iconic staple beverages.

Though the relatively new drink is not yet commonplace around the world, there are definitely signs of its growing popularity. This includes the likes of McDonald’s adding bubble tea to their German menu in 2012. However, of all the non-Asian countries, one country has adopted the trend with more passion than any other. That would be none other than the good old US of A.

The bubble tea trend in the US started with the influx of Taiwanese immigrants in the 90s, who brought with them their love of the iconic beverage. Amongst the 60,000 and 25,000 Taiwanese Immigrants in California and New York respectively, bubble tea stores became a godsend and an instant cash cow! To this day both coasts of the US is where you’ll find the highest concentration of these stores.

Though the drink was seen as a novelty craze for other American communities with only some degree of popularity, the last decade or so has seen the trend take new strides.

Naturally, the drink first had surging popularity amongst Asian communities, who came to see the drink as a vital part of Asian-American cultural identity.

If that wasn’t enough of a boost, then perhaps a remix pop tune might do the trick? Chinese-American brothers Andrew and David Fung released their music video, “Bobalife” in 2013, which brought even more awareness to the cultural phenomenon.

Why Will It Be Popular in the West?

The real reason for its burst in popularity is because of the demographic it appeals to. The real litmus test for any trend is in the hands of typical teenage girls, who have now replaced the Starbucks cups on their Instagram stories with incredibly photogenic bubble teas. That’s the real sign of success and more importantly, it’s the exposure bubble tea needs to become the next big thing.

It will also become popular because of a common feature it shares with its Starbucks counterpart, personalisation. Don’t you think those pretentious assholes that go into Starbucks to order a Venti Half-Soy Nonfat Decaf Organic Chocolate Brownie Iced Vanilla Extra Hot Extra Foam and Whipped Cream wouldn’t love the opportunity to order their personality at a bubble tea store?

Will the Trend Last

Bubble tea has always appealed to younger audiences, which forever has played a big part in any “viral” food trends. Social media exposure and being utterly photogenic are great temporary strategies! The question is, when the dust settles, will bubble tea still be there? As far as I’m concerned, this is only the beginning.

The growing bubble tea market is continuously trying to evolve as they always have been. Companies are concocting new toppings and flavour combinations to pique consumer interest and to stand out from the crowd. With such constant innovation and evolution, it may stray far away from its humble origins, but the concept of bubble tea will continue to live on.

Hotels vs Hostels: Which is Best? 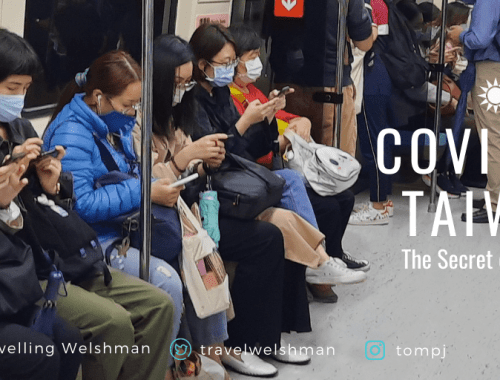 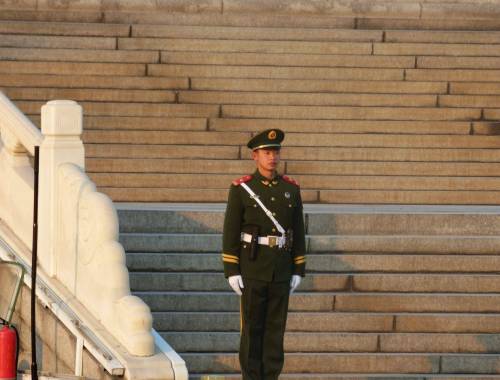 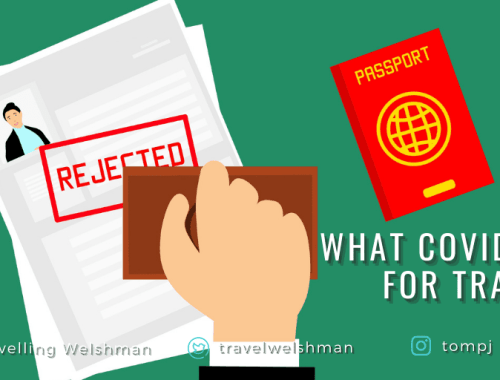