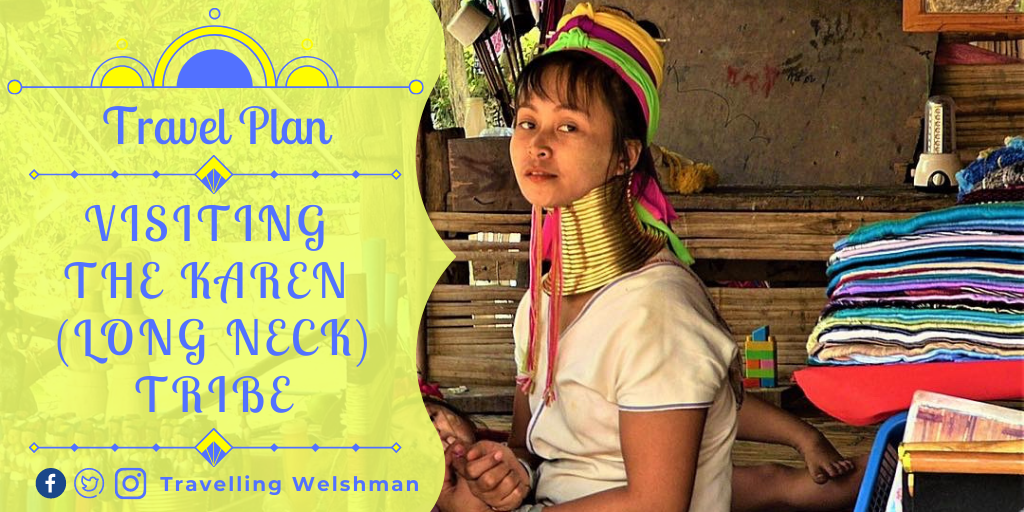 Travelling is all about experiencing new cultures! For years, documentaries and National Geographic magazines have opened our eyes to new societies and unique customs from all across the world. Even in today’s modernising world, some cultures still live the same primitive tribal life as they have for hundreds of years. Easily the most iconic of these tribes is the one that’s become notorious for their distinctive body modifications, the Karen Hill (Long Neck) Tribe.

It’s one of the must-see experience for anyone travelling through Northern Thailand! So in that case, let me show you everything you need to know about visiting the Long Neck Tribes.

Who Are the Hill Tribes of Thailand?

Thailand is home to several hill tribes that are made up of ethnic minority groups who migrated from China, Laos and Myanmar before settling in the highlands of Northern Thailand over several hundred years. Each tribe is completely unique from each other with their own culture, customs and language.

In total there are 7 major hill tribes in Thailand, which include Karen, Akha, Hmong, Mien, Lahu, Lisu and Palaung. Each tribe are further divided into different sub-groups, who also have their own language and customs. It’s pretty hard keeping track of them all, so hopefully, this diagram helps!

A Brief History of The Karen Hill Tribe

The largest hill tribe in Thailand are the Karen, with a population of around 1,000,000. The tribe originated from Tibet before moving southward towards the mountainous hillsides of Myanmar. The Karen mostly lived in the states which border Thailand, such as the Kayin and Kayah states, both of which were named after the tribes.

During the late 1980s and early 90s, Myanmar went through a period of political and ethnic conflicts under a military regime, not too dissimilar to today. During this time, many Karen tribes fled across the border to Thailand and set up refugee camps, where they remain to this day. Sadly, this is the only reason there are Karen Hill Tribes in Thailand.

The Karen tribe is split into 4 major sub-groups; the S’gaw  (White Karen),  Pa-O (Black Karen), Pwo and the Kayah (Red Karen or Karenni or Padaung). These sub-groups can be dived further into even more sub-groups!

Without a doubt, the most famous tribe of all is the Kayan Lawhi, otherwise known as the Long Neck Tribe. The women of the tribe have become iconic for wearing long brass coils around their necks. They are a sub-group of the Kayah, along with Kayan Ka Khaung , Kayan Lahta, Kayan Ka Ngan, Kayan Gebar, Kayan Kakhi and Kayaw Bwe. Confusing isn’t it?

If you ever visit the Kayan residents in Mae Hong Son, it’s important to remember they object to being called Padaung. That term was used by the people of Myanmar, and sadly there’s still a lot of bad blood between them.

From the age of 5, the woman of the tribe wear brass coils around their neck which are continuously added over the years. These coils can weigh several kilos and end up lowering their shoulders and rib cage, which gives the illusion of having a longer neck.

After several years these rings become a necessity as it’s the only thing that can properly support their head! The rings are also added to the women’s forearms and lower legs, which does makes it tricky to move around!

There are many theories on why the tribeswomen wear these coils. Some anthropologists think the rings kept the women from becoming slaves by making them less attractive to other tribes. However, others think the coils are supposed to make the women look more attractive by giving them slender necks.

Even cooler theories believe the coils make the women look like dragons, an important figure in Kayan folklore. More terrifyingly, it could also have been used as protection from tigers!

Read more on experiencing another piece of Thai culture, receiving a Sak Yant from a Buddhist monk >> HERE <<

How Do These Tribes Survive?

Sadly, these tribes are considered refugees and according to the Thai government, they’re seen as a potential security threat. As a result, they have a limited amount of rights and are not permitted to work. Thus the tribes have had to become self-sufficient by growing their crops and finding more creative ways to survive.

A very important, and the only, source of income for the Karen Hill Tribe is tourism! The tribes get money from entrance fees visitors pay to enter their villages and will also receive a cut of the profit when paying for a local guide. Some villages even have corporate sponsors which are advertised throughout the villages.

However, the biggest moneymaker for these tribes is selling their handcrafted souvenirs! The tribeswomen are renowned for their crafts, which include wood carvings, silver jewellery and clothing weaved by hand. You’ll even see them being made when you visit the villages! By selling these items they ensure they receive 100% of the profits.

The majority of the Karen Tribe still reside in the Eastern states of Myanmar, though about 600 live in the remote areas of Thailand. Traditionally, the Karen people prefer to live in mountainous highlands, such as in the provinces of Mae Hong Son, Chiang Mai and Chiang Rai. Within the highlands of the north, these tribes still live in primitive conditions in bamboo stilt houses.

The tribes can be found in two types of places; local villages or tourist villages. The only way you can get to a local village is with a local guide, as they tend to move frequently and are difficult to find. It’s also trickier as both the Thai government and local tribes prefer to keep the two separate. If you’re short on time or money, then visiting one of the tourist villages is your best option.

In total, there are three villages in  Mae Hong Son province. Close to the Thai-Myanmar border, Huay Pu Keng is the largest village in the province. It’s the home of mostly Karen Long Necks and Kayaw, which are recognised by their elongated ears. As the village is on the banks of Pai river, it can only be accessed by boat from Huai Dua.

Your second option is Ban Huai Sua Tao, another example of a tourist village that opened in 1995, though much smaller than others in Mae Hong Son. It’s placed right next to a Thai/Kayah village which is also worth a look.

Another option is Ban Nai Soi (Kayan Taryar), which is on the perimeter of the main Kayah refugee camp. Unfortunately, outsiders are not permitted to enter the camp, only the tourist village 3km outside of it. Most of the residents have moved back into the refugee camp over recent years, with only a handful of tribes members and stalls remaining.

Considered one of the best in the country, Baan Tong Luang is a model village that showcases the different hill tribes of northern Thailand including the; Karen, Hmong, Mien, Lahu, Lisu and of course the Long Neck tribe. The village offers a glimpse into the culture and roots of each tribe, as well as daily life in the rural highlands of Thailand.

The village has traditional houses (mostly bamboo stilt structures) and even has a Buddhist temple and a church! Just like every other village, there are numerous stalls throughout where local tribes people sell their handcrafted souvenirs.

The best-known village in Chiang Rai is Padung (or Union of Hill Tribe) Village. As the name suggests, the village has a collection of different Karen tribes living amongst each other, including Akha, Mien, Lahu, Kayaw and of course the Long Neck Tribe. You could also check out Baan Mae Koue Tom Ta Sood which is a stone’s throw away.

Read more on the best highlights in the Thai capital, Bangkok >> HERE <<

How to Visit a Hill Tribe

During your time in northern Thailand, there are many ways to experience hill tribe culture. The easiest way is to visit one of the exhibition/tourist villages, which can be done as part of tour groups or by simply turning up yourself. It’s a great way of getting a crash course on multiple different tribes and cultures, particularly if you’re short on time.

If you’re looking for a little more authentic experience, you’re better off visiting a local village which needs to be done through a local guide. This is necessary because it’s near impossible to find out where these villages are by yourself, as they don’t exactly update their location on Facebook #secluded.

One of the most immersive ways of experiencing local tribal life is through one of the many homestay opportunities! This way you’ll get to stay in a local village and have an opportunity to interact on a more personal level with the tribespeople. Luckily, these homestays can be found online!

Are These Villages “Real” or Not?

You might read online of people speaking out against the villages, claiming that they’re complete tourist traps and they aren’t “real” villages…but of course they’re not! These tribes are not native to Thailand, they fled from neighbouring Myanmar and forced to become refugees. So no authentic or “real” villages exist in Thailand, only what these tribes were able to throw together in a desperate attempt to survive.

People might complain that these villages are tourist traps…but that’s the entire point. These tribes WANT to attract tourists because that’s the ONLY source of income they have. These aren’t amusement parks with tribes members kept behind glass for us to glare at. These “tourist” villages have been designed as a place of interaction between the tribespeople and the outside world.

Some say it’s unethical to visit these hill tribes, that they’re basically a human zoo. It’s true that some people come just to stare and stick a camera in the locals’ faces, which is very disrespectful. However, it’s absolutely possible to visit these tribes ethically, and it all comes down to respect.

Of course, these people aren’t objects, they’re people who should be treated with politeness and courtesy. You wouldn’t like if someone came around your house to stare at you blankly. Little things like asking before taking a picture goes a long way. Or simply trying to interact with them on a personal level is also greatly appreciated!

I may sound like a broken record, but it’s important to remember that tourism is their ONLY source of income. The Thai government can be judged for their unethical policy towards the tribes. However, by sitting on your high horse and refusing to visit because it’s “unethical”, you’d be depriving these tribes of the only money they’re able to make to support their families. 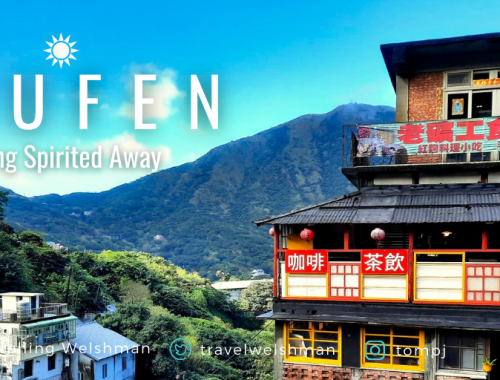 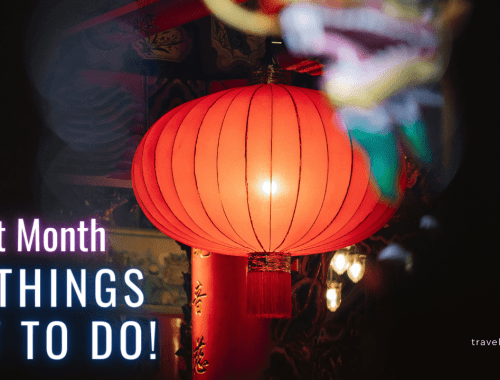 20 Things NOT To Do During Ghost Month in Taiwan! 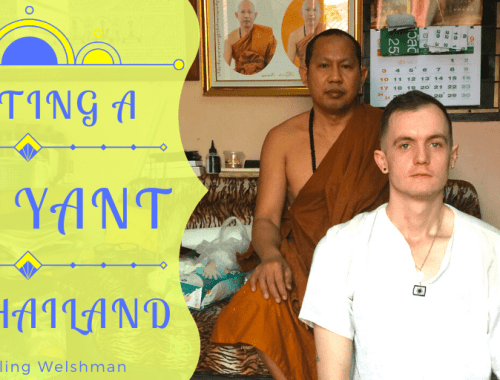 The Ultimate Travel Plan: Getting a Sak Yant in Thailand