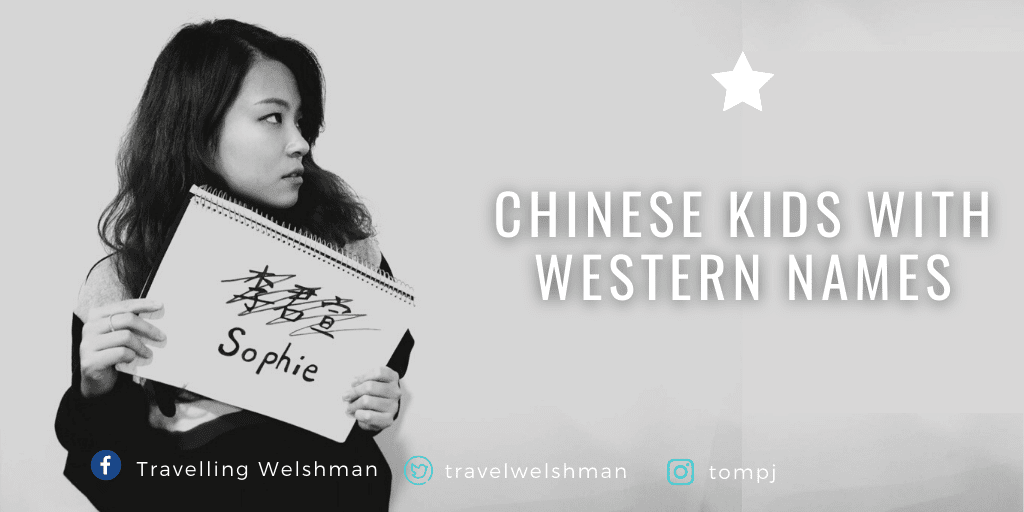 Ever wondered how your parents chose your name? Maybe you were named after a family member, or more likely your name was completely picked at random from a long potential list. Many people will even have a bit of resentment towards their parents for their names. Of all the millions of potential names they could have picked, why did they have to choose that one? For most of us, that’s the name we’ll be stuck with for the rest of our lives. Surprisingly, many Chinese kids have to go through the same drama, twice.

Did you really think that Jackie Chan and Bruce Lee were their real names? Of course not! But why did they and so many Chinese, Hong Kong and Taiwanese people give themselves and their newborn children English names? How did they come up with them? More importantly, are they even necessary?

Let’s take an example, if a British guy named Steve goes to America, Japan, China, France and Russia, his name will always be Steve. Different countries might have their own equivalent of the names or slightly different pronunciation, but the name will never change, he’ll always be Steve.

Chinese speaking nations have a different outlook. Many believe that English speaking Westerners are unable (or just too ignorant) to pronounce Chinese names. To be honest they’re right. The average Westerner doesn’t know how to pronounce a name like “Zhang” or “Hsuan”. To save the embarrassment of both parties, the Chinese have begun to routinely give themselves and their children English names to be used in the English speaking world.

Though it’s true that westerners would find some names difficult to pronounce at first, why can’t it be learned? There are many thousands of names all across the world that need to be repeated a few times before they’re understood. An unfamiliar name from a foreign country is bound to make you stumble!

This isn’t even a phenomenon unique to China. Just think of Irish names like Aoife or Caoimhe…you’re telling me those names don’t give you a moment of hesitation? Any name which is foreign to you can be difficult to pronounce at first. Despite that, people are more than capable of learning a new name, so why not give them the chance?

Who Gets These English Names?

The phenomenon has gained much more steam over the last few years as China has been exposed more to the outside world, particularly places like America or the UK. Chinese individuals might be doing business in these countries, or studying as foreign students or might be living in the west with their Chinese immigrant parents. As a result, more and more adults have begun giving themselves English names to “adjust” to life in the west.

It’s quite an amazing prospect when you think about it. Imagine having the power to name yourself, righting the wrongs your parents did to you many years ago. It works the other way around too! I was couldn’t wait to give myself a Chinese name, which is 禮君宣 (Li Jun Xuan). But that’s not what people called me when I lived in China or Taiwan, they called me by my own name.

Though the idea is picking up more steam, it’s still not the norm amongst adults. These days, the most common way of getting an English name is having the parents pick one out for their children. And that is where the fun begins.

Why Is This a Problem?

People all over the world fail to realise how important naming a child is. A whole article could be written on explaining why, but it really boils down to the impression it gives other people and the way you’re presented. We humans can’t help but form snap opinions. The idea of “don’t judge a book by its cover” is something we all preach, but rarely practice.

During my time teaching young kids in China and Taiwan, I was constantly surrounded by children that were recently given English names. In some cases, parents would even ask me for suggestions or to outright name their child, which I always refused.

Most parents will name their child themselves, and therein lies the problem. Many of the parents don’t understand the language that well and in many cases they don’t speak English at all! Thus, many fail to realise how ridiculous or non-sensical the names they’ve chosen are. Imagine trying to give you child a Chinese name, are you confident you can make a wise choice?

Some people might say “you can name a child anything!”. Yes, you can. However, the names you think are cute and adorable quickly become a source of amusement and bullying later in life. Everyone can remember a kid in school that got tormented because of their name. You’re setting up your child for embarrassment.

Just like in the west, children have an incredible spectrum of names. These can be split into different categories, each getting a little sillier as it progresses. Most of these points are true for Western kids names too. So let’s break them down one by one.

The majority of the given English names are very common throughout the world and don’t raise any sort of eyebrows. Names like Jack, Lucy, Brian, Kelly, Thomas or Michael. Average names that any typical Western kid could have.

Where does the inspiration for a name come from? Maybe you’d name your child after a family member, or a dear friend. In today’s modern age the latest source of inspiration comes from movies and most loved celebrities.

It’s not a bad idea, but some names are just so painfully obvious that they’ve been taken from celebrities or movie characters. Such as calling a boy “Bourne”, as if he’s Matt Damon ready to kick some ass. Or the many thousands of little girls named “Elsa”, I wonder where the got that idea from?

Some names are chosen for their symbolic meaning, which admittedly is a pretty good idea! But sometimes they’re just a little too on the nose. Names like Star, Angel or Princess are some common ones for Chinese kids. Sure they sound adorable when they’re your kids, but it just makes everyone else roll their eyes. Especially once that cute little girl has grown into a middle-aged woman.

The TOO Symbolic Names

I’ve always loved how names in different cultures will represent something…but it doesn’t always work in English. An incredibly popular name choice for Chinese boys is “Tiger” or “Lion”. I get it, they’re powerful, majestic creatures and have a unique aura about them…but are you going to take a guy seriously in a business meeting if he introduces himself as Tiger?

Why stop there? Why not call your child “Dragon” or “Jellyfish”? Of course, they sound ridiculous, so why doesn’t Tiger or Lion sound just as silly? There’s a reason we in the west don’t name our children after animals.

Western parents aren’t immune to this kind of name picking either. Often they use odd categories, such as fruit. You may even have met a western girl called Peach or Apple. At the very least they’ll raise an eyebrow. So why stop there? Why not “Watermelon”? Why stop at fruit? How about vegetables? “Pleasure to meet you, I’m Spring Onion.”

To be fair, most names simply become normal by repeated use, look at the name “Cherry”. But the point is, at one point even Cherry would have been considered random and ridiculous. If one of the names work, then all of them should work too.

All the previous names could be acceptable, after all, we do it ourselves in the west. However, there’s still one type of name that Chinese parents regularly choose which are just so utterly ridiculous. You can’t comprehend how in the almighty fuck any parent could have thought that of the millions of names available, even random words that hadn’t been used yet, that they chose that name for their child.

Let’s set the scene. A young Chinese student arrives on his first day in an American university:

Not stupid enough, let’s try another one.

These names have no symbolic meaning, they can be nothing more than literal and absolutely fucking ridiculous. These are names that I myself encountered while teaching and have just been utterly baffled by how in the fuck parent came to pick them.

They’re just asking for their child to be made fun of. A kid who’s already at a disadvantage travelling to a foreign country, perhaps not having the best grip of the language, and he or she has to introduce themselves with a name which is going to bring a smirk and laughter. Thanks, mum and dad.

Imagine your daughter’s talking to a guy in a bar.

Is It Culturally Insensitive?

It’s not hard to believe that many Westerners can be ignorant of other cultures. Given the choice, many people would prefer to say the easy name rather than learning to pronounce a foreign one. However, by giving your child or even yourself an English name, aren’t you feeding this ignorance?

Why should foreigners have to give themselves English names? Why must they change their identity to make it easy for the west? If we travel to China, we don’t give ourselves Mandarin names, so why should it be any different? 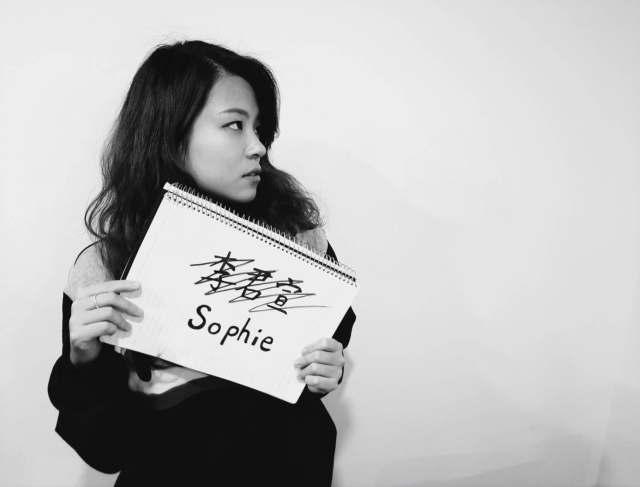 More importantly, isn’t it offensive? People from Chinese speaking nations are under the impression that they need English names to make it easier for foreigners. That’s ridiculous! That’s their god damn fucking name, the west should have enough respect to call a person by their own name! Imagine you’re travelling somewhere like Spain for example.

As much as the trend is ridiculous and unnecessary, for now, it seems to become more popular. In that case, it’s up to Chinese speaking parents to be responsible and to take care when naming their child. Naming a child is hard enough, let alone in a language which isn’t familiar to you.

If you must do it, it just needs a bit of research. It takes some attention to details of western culture and finding common examples. All of it may be for nothing anyway. Due to the haphazard way names are chosen, many Chinese kids end up changing their names once they gain some independence. The names are just symbolic and aren’t legally binding anyway. 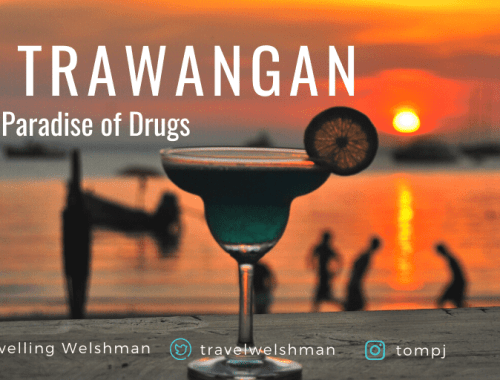 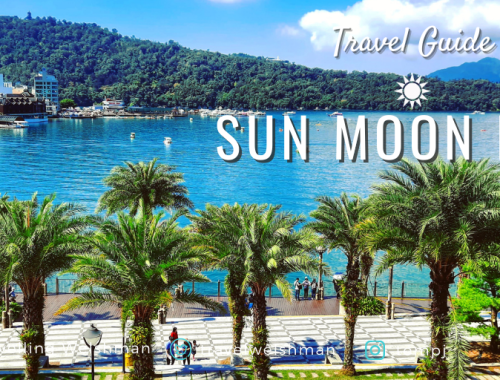 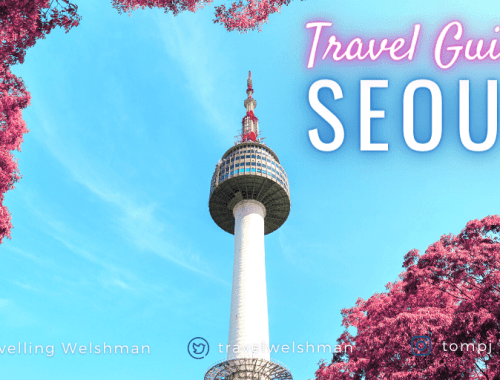