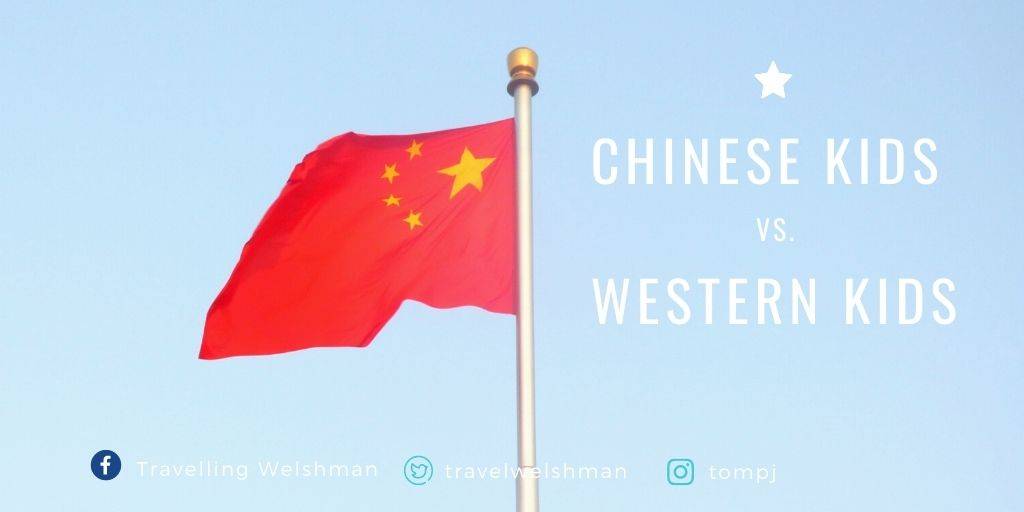 Of course, there are incredible amount of contrast between China and the West, both culturally and superficially. After enough time in both places, such differences become just another part of everyday life. However, one difference stands out beyond the rest, childhoods.

During my time teaching children in Beijing, I was fortunate enough to spend a considerable amount of time amongst China’s youth. I couldn’t help but notice the stark differences in their upbringing compared to the typical Western child. Chinese kids do not have what we would consider a typical childhood, and grow up under very different attitudes. It’s difficult to work out which way is better, so let’s compare the two.

What Are the Similarities?

Though this article will focus on some major differences, there’s an important similarities that people fail to understand. There’s a common misconception that the majority of Chinese citizens are living just above the poverty line. Little do people realise that an enormous proportion of China’s population is wealthy.

The overall result is that Chinese kids are born into similar socioeconomic classes as us in the west. Middle-class families send their children to private schools and provide them with the latest toys, iPads, and phones for the younger teens. Families with a lower income give their children a more modest upbringing and rely on public schools.

Beginning at an Early Age

The differences begin early in life, before the child is even born. For the longest time, Chinese families were only permitted to have one child. However, since then China has grown more progressive and open-minded…they’re now allowed two (if one parent is an only child).

Several ethical debates aren’t the only thing this unusual regulation creates. To this day, many families still only have one child, which becomes the sole focus of two doting parents as well as two sets of grandparents. Also take into consideration that it’s not uncommon for grandparents to live at home with the family and take care of the children while their parents are busy at work. What’s the main responsibility of grandparents other than to completely overindulge their grandkid? In these circumstances the child become the prince or princess of the entire family tree, and thus will be spoiled accordingly.

This results in many Chinese kids being completely spoilt, having grown up with the impression that they’re the centre of the universe. To be fair, many Western kids are exactly the same, though the rate in China seems higher and amplified by being the family’s only child. This brings up many questions about the attitudes and values it teaches the children to have, but that’s another debate entirely.

What Is a Childhood?

What is a childhood to you? Is it playing out all day with your friends? Ice cream and cartoons? Video games and candy? These are common themes in the childhoods of many western children, but not for Chinese kids, as they’re simply not allowed them.

If you ask a Chinese kid whether they like chocolates or movies, a large proportion will say they don’t. Very noble, if it were true. This didn’t seem to be the case when I’d offer them to my students, who’d happily binge on both of them as much as they could. So why would they lie? It’s because their parents convince them that they don’t.

Of course, Chinese children do have some luxuries. They’re aloud to play sports, go on day trips with the family, read books, and occasionally allowed to watch TV, but only a limited amount. It’s quite difficult to condemn this sort of parenting. Their children aren’t glued to screens all day and don’t inhale junk food, things that are common complaints about western youth.

Though these may seem like minor superficial differences, it’s only the start of it. As far as middle class children are concerned, things get a whole lot worse.

For many, the defining factor of a childhood is not having any worries or responsibilities, the freedom of playing around without a single care in the world. From a very early age Chinese kids do not have this luxury.

The number one concern for middle class Chinese parents is their children’s education and future, which is never a bad thing. Their children are made to attend a litany of extra classes outside their normal school hours. Not just one or two classes a week, every single free minute in their day is filled with classes. English class, maths class, piano class, dance class, all the way to the unusual (and in my mind unnecessary) ping-pong classes.

This ordeal starts from about the age of 5 and lasts until they leave school at 18. Until then, their free time is at a bare minimum. One of my old students would have classes from as soon as she wakes up until she went to sleep. On Saturday’s, she would have to attend four classes, FOUR! Never have I seen a child so dejected in my entire life. Chinese kids have no time to relax, no time to have fun, no time just to be children.

Only the Best Will Do

What are good grades? Some western parents would be disappointed with anything less than an A; others simply want you to try your best; others are happy with just a passing grade. In numerical terms; 60% good, 70% great, 80% fantastic! In China, I had students on the verge of tears after getting a score of 95%.

For Chinese parents, trying your best isn’t enough. Only the best will do, otherwise you’re a failure, and worse, you’ve embarrassed them. Why did you lose that 5%? Didn’t you learn that? Why didn’t you know that? A score that would have us in the west screaming with joy is considered embarrassing for Chinese parents.

Though being so picky may seem harsh, it can be justified. It creates a winners mentality, to always improve and strive for greatness. The results speak for themselves. According to the Organisation for Economic Co-operation and Development, which calculates mean test results of school students across the world, China (1,736) far surpasses nations such as the UK (1,511) and US (1,485).

Here’s a conversation I had with my parents midway through secondary school.

“What do you want to be when you grow up?”
“I want to be a doctor.”
“Great. We’ll support you no matter what.”

Here’s the conversation we had after I dropped out of my final year of university.

These days, western parents tend not to pressure their children about their future careers. Even if they did, it’s not as if the kids would have to listen, it’s a free country after all (unlike China). A sign of good parenting has shifted from guiding your child down a certain path to being supportive regardless of their decision. Not in China.

“I want to be a dancer.”
“Too unrealistic, you’ll be a computer programmer.”

“I want to be a basketball player.”
“No, you’ll be an accountant, that’s more stable.”

Young adults are outright told what they will study and what they will become. They’re dreams are not taken into account, as they’re not a good enough reason. Chinese kids only have the freedom to make a decision when its already too late.

Is One Way Better?

With all things considered, which upbringing is best? There’s no question which way we would have preferred as children. However, there’s a reason we don’t give children the responsibility of making their own life choices, how do they know what’s best for them?

Look at it from the parent’s perspective, they’re setting their children up with the absolute best chance to succeed in life. Their children will have gained an incredible amount of skills and many doors will be open to them. It’s a thank me later kind of arrangement.

That being said, there are still plenty of Chinese young adults working in McDonald’s and Starbucks. Though they may have every chance in life handed to them, it doesn’t necessarily equal success. Not to mention what the child actually decides to do after all.

It seems clear that the best solution is a happy medium between the two. Though the Chinese method definitely improves the chances of success as an adult, there is a fine line between that and being harsh, almost cruel.

I don’t think anyone would be happy being forced to go to a number of classes after a rough 8-hour shift, let alone do it every single day of the week. Of course, many people will actively choose to live this kind of routine, but that’s the defining difference, they get to choose. The kids are forced into it. I realise children don’t ever want to anything, even I was “forced” to do activities I didn’t want to do as a kid. However, now as a grown adult I have nothing but regret that I gave up my guitar lessons.

What matters is the amount of work they do, and more importantly, what they’re made to do. English class? Absolutely! Maths and Science classes? Very useful. Learning an instrument? Sure, why not? Ping-pong classes?…Is that really necessary? Is it really worth spending all that money and wasting the child’s very minimal free time, for what? A completely useless skill that would never be used. A gap in the kids schedule doesn’t need to be filed just for the sake of it. Above everything else, these children should be aloud to have the time to be children. 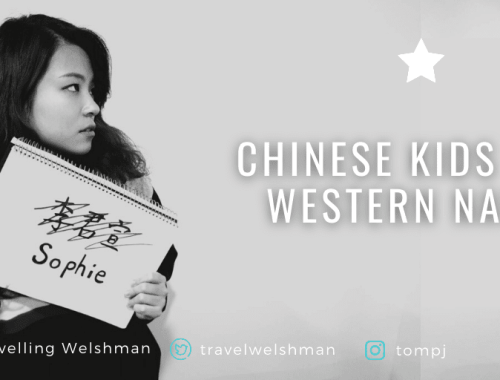 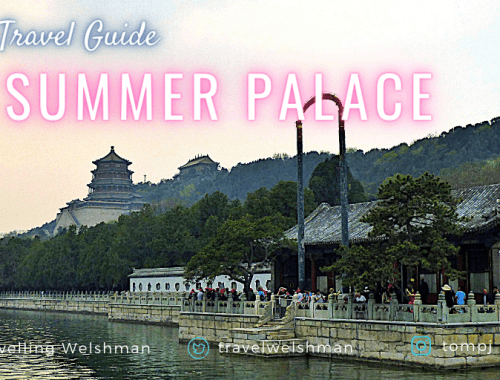 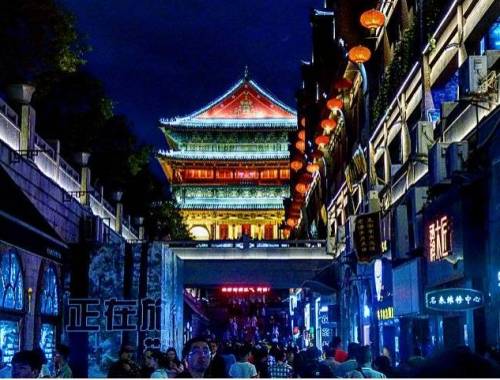