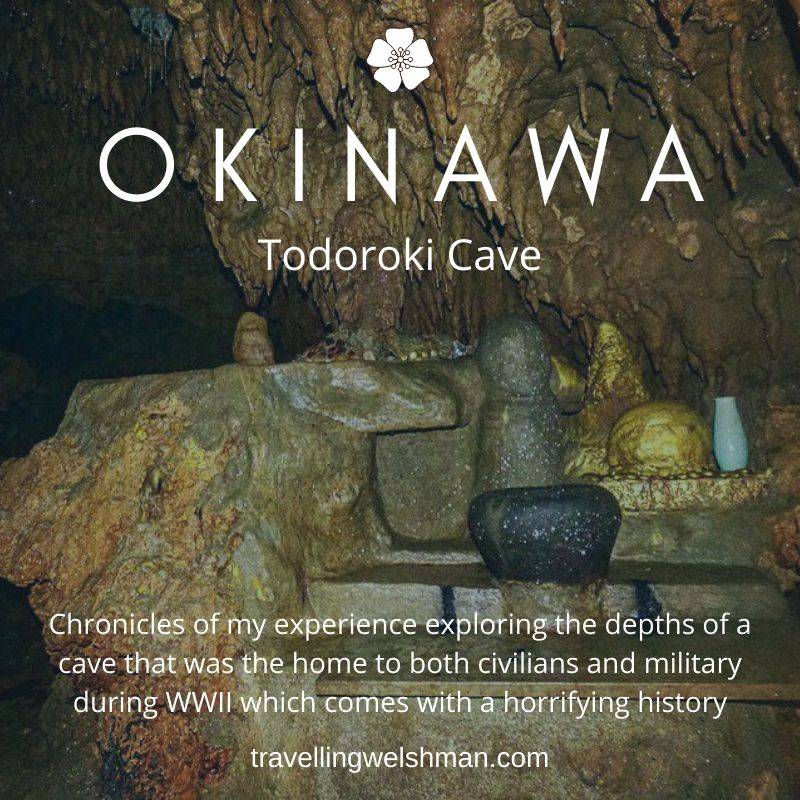 For many people, is the perfect holiday destination. Warm weather, beautiful beaches, gorgeous turquoise oceans. For the Japanese its a perfect escape from the hussle and bussle of a stressful working life and the ideal location for some well needed relaxation in a tropical haven. However that isn’t the sole reason for me to come to this island paradise in the middle of the Pacific. The beauty of the natural world wasn’t the only factor, it was the horrific actions of man.

Okinawa was the site one of the biggest and possibly most significant battlegrounds during the Pacific War. The island stood as the last remaining obstacle before the Allies could advance to the mainland of Japan. As such, the battling was fierce and unrelenting on both sides, the remnants of which remain to this day. I would be lying if I said that this wasn’t the main draw for me to come to Okinawa.

Searching For An Unique Experience

Scattered throughout the island are harsh reminders of the devastating war that took place here. The enormous expanses of American military bases, as well as structures and artefacts that have been carefully protected and remain practically untouched since the end of the war. Other structures by now are nothing more than a pile of rubble as an echo of what it once was and the role it played.

One of the most unique remnants of the war, particularly for the Pacific War are the unbelievable amount of cave systems throughout the island. These served both as headquarters and avenues of surprise attacks by the Japanese military against the invading Americans. More importantly, they were used by the residents of the island to hide from the devastation. Desperate civilians hoping to escape the carnage, trying to survive the onslaught.

These days, a handful of these caves have become part of regular tours, turning into nothing more than just another run of the mill user-friendly foreigner experience. Another awe-inspiring historical artefact lost to the consuming tourist trade. I wasn’t satisfied with that. I didn’t want a arbitrary safety-riddled tour with all the other Hawaiian shirt-wearing generic tourists, I wanted an unique experience. That is what brought me to Todoroki Cave

I knew there were countless amounts of caves throughout the island. Some have been lost to the tourist trade, others remain hidden away or closed to the public. I knew there had to be at least one cave system outside of the typical civilian tours. One off the tourist trail, one that would be completely void of people and authenticity-hindering safety measures. I wanted an organic experience all to myself, and by god I found it.

This was by no means an easy task. Most articles pointed towards the main tour group caves. Very little information is out there about the lesser known caves. Maybe there was a reason for that, a reason they didn’t want tourists to venture alone.

Luckily I found a website (dark tourism) which fit my very purpose. It detailed a couple of caves that weren’t mentioned anywhere else, ones that weren’t even indicated on a map. One of these were Todoroki Cave. The site gave a bit of detail on their history and what to expect inside. More importantly it was the ONLY place where I could find the cave’s location, and difficult it was too.

An MRT and 2 buses later, I was dropped off in the middle of nowhere on the edge of a main road. There really wasn’t anything there for the typical tourist, or even a local. I followed the unadorned road to where I had marked out on my map. I reached a set of ominous stairs that lead off the road and into the shrubbery. There wasn’t a single indication or sign that anything of any worth was there, but I knew I had found what I had been looking for.

Leading up the stairs and a short walk through the bushes and I was met with a sign for “Todoroki Cave”, I had found it. Along with it was a short history of the cave, and quite the horrifying history it had. This cave indeed played a very significant part during the war. Originally it was used by the inhabitants of the southern end of the island during the relentless air-raids undertaken by the Americans. This is where the Okinawans would hide from the destruction and constant bombardments from the Allies. As the war progressed and the defeat of Okinawa neared, the military also began to take shelter in this very cave, mixing the Allied targets with innocent civilians.

Horrific tales come with Todoroki Cave. It would become the site of a countless number of deaths. Food and supplies would run short as the excess of people began dying of starvation. At the wars end, those hiding within were discovered, to which the Americans began throwing grenades and petrol-bombs within in an attempt to flush them out. Without doubt the most horrifying tale is that of a crying baby being strangled to death from fear it would alert the Allies of their position.

Careful What You Wish For

All these tales ran through my mind as I approached the cave. My dream was to find a completely isolated cave void of any person, one that came with an immense history that played a major part in the war. A cave which was little known, lacking any tourist-driven modification, that would allow me to fully absorb where I was. That is exactly what I had found.

A set of stairs and a metal railing led down into what seemed like a collapsed cavern. The stairs continued to descend further down until the railings stopped, and the path seemed to vanish. For a second I wondered if that was all I had come for, surely not.

A series of thick black cables which led down the stairs continued further than the railings. They flowed down into a pitch-black hole about 1/3 the size of a normal door. Is that where I was supposed to go?! Suddenly, the gravity of the situation hit me as well as the potential danger. Who in their right mind would crawl into a pitch-black hole without any knowledge of what was going to be on the other side and without anyone there to help if something went wrong? I guess I was just that stupid.

I had come this far, why back out now? Regardless, the black cables gave me a slight sense of security that it must be passable. With my head-torch equipped, I very carefully slid-in feet first into the abyss. I then had to crawl on my hands and knees through a 3 foot gap until I was officially in the belly of Todoroki cave in complete and total fucking darkness.

My head-torch barely illuminated a tiny spot wherever it may have been aimed. Only the flash of my camera illuminated the innards of the cave, even if it was just for a split second. The only sound was that of a small creek that ran through the cave, providing an eerie chorus of running water which resonated through the entire cave.

Despite every ounce of my being (and my mothers voice) screaming “GET THE FUCK OUT”, I couldn’t help but feel an urge to push deeper and deeper into the cave. Each step increased my curiosity and fascination to what might be ahead. I timidly shuffled my feet step-by-step with eyes agape and a dropped jaw as I observed the natural formations of the cave, weary of what could be hiding within.

Observing the stalactites and cave formations distracted me from the horrors of what brought this cave into recognition. However, a shocking reminder came with a handful of shrines placed throughout the cave. No doubt these would have been used by the inhabitants of the cave 75 years ago. What prayers of desperation must have been said at them? Modern day visitors had left offerings to the people and even more chillingly, probable family members of those that perished in this very cave.

Only after I had emerged from the darkness, stepping far away from the black abyss of the cave did I have the opportunity to sit down and think abut what I had just done. Only now could I relax and allow myself to start panting with my heart pounding out of my chest with the realisation of what I had just experienced, and the stupidity of it. I was completely alone, and hadn’t seen a single other person for the hour and a half I was there. Neither did anyone know I was there. As well as being on an island prone to regular earthquakes, how easy it could have been for one fateful tremor to seal off the entrance and lock me inside. Suddenly my mother’s voice of disapproval rang even louder.

I came to Okinawa with the hopes of finding an organic and fully authentic experience. Free of tourist influence, free of any other person, a private experience. I wanted a place of mystery, of unbelievable history, with chilling . This is what I wanted, and this is what I found at Todoroki Cave.

Okinawa - Time with the Humpback Whales 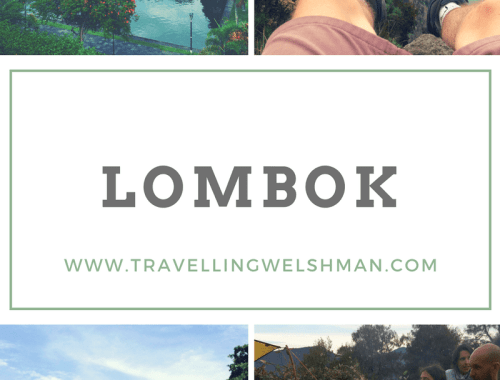 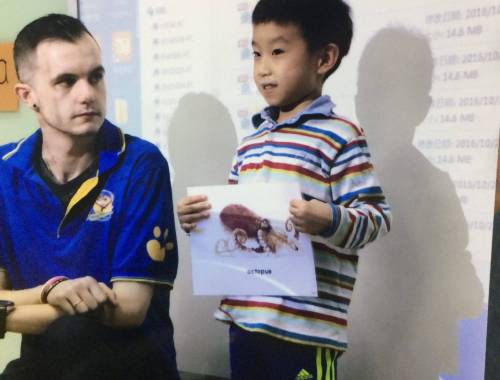 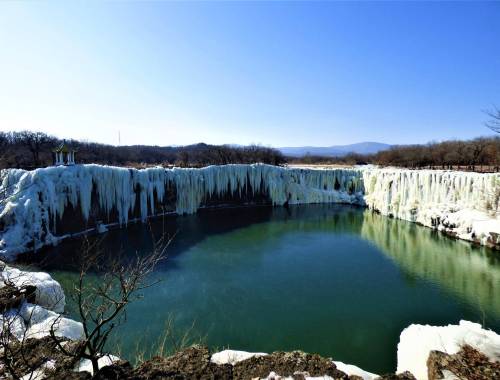