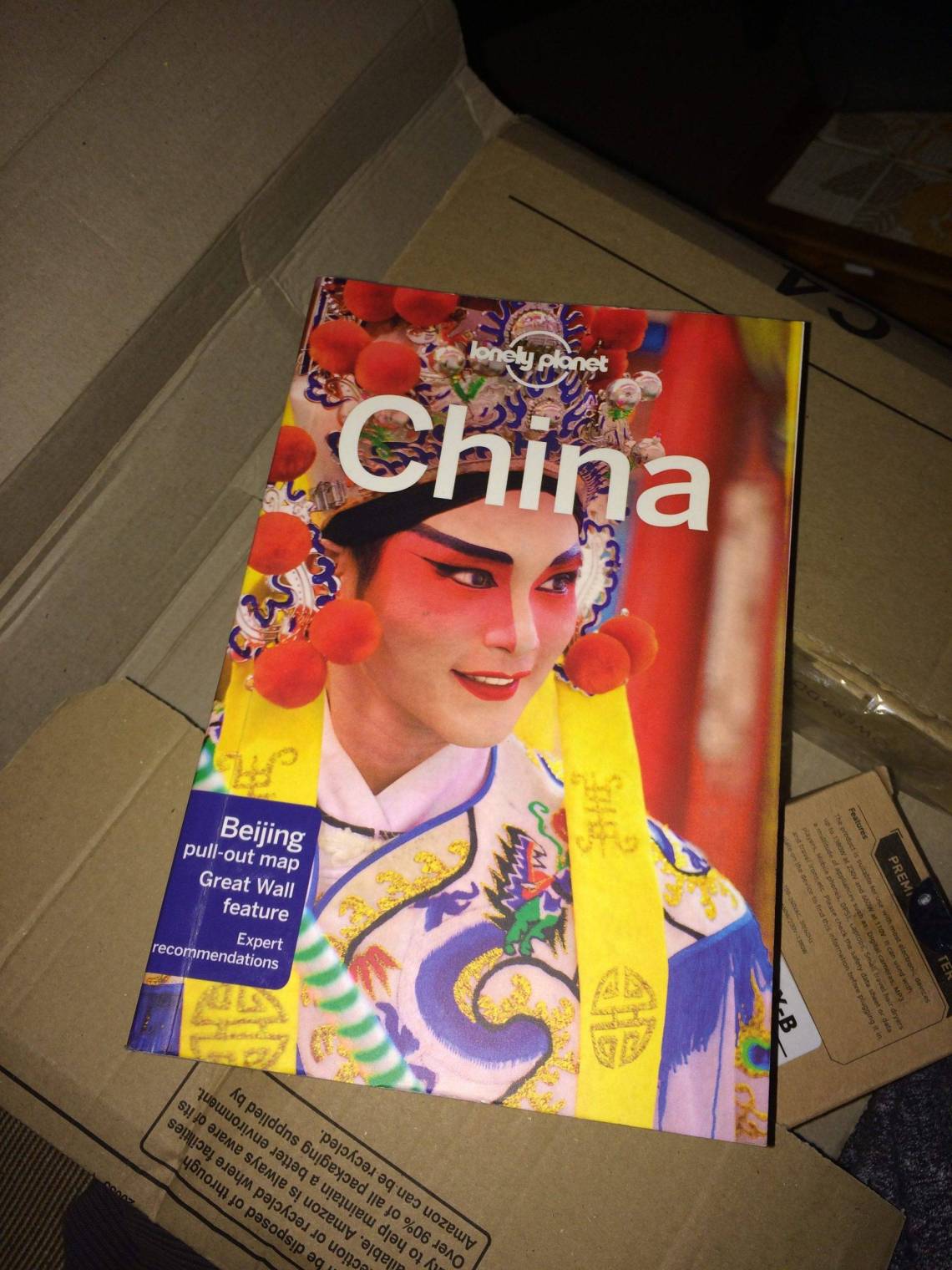 “How are you going to survive in China? They don’t speak English! What are you going to eat? It’s going to be cheap there! You can’t go on facebook?! What if World War III breaks out!?!?”. I’ve heard it all as soon as I told people that’s where I’d be venturing off to next. To be quite honest, I asked myself most of the same questions, but I don’t seem as nervous about it as everyone else. Arrogance perhaps?

Almost a year ago, I started my first 3-month long backpacking trip, split between Australia and Indonesia, cut short after quickly becoming broke. I considered it a very effective test run for my next adventure, and re-confirmed that travelling was my calling. Now of course there’s a big difference between a short 3-month trip and setting up camp somewhere completely foreign for a whole year! Frankly as far as I’m concerned, it should be easier.

No matter how you cut it, backpacking is living life on the road. You still have those normal day to day problems and chores which must be dealt with on the move between 10-person dorms from hostel to hostel. So, setting up shop in my very own apartment in a modern capital city, which I’d quickly familiarise myself with, and have the contacts (i.e. my employee’s) who could assist me with anything I need? How can it be any harder?

My new employers will practically set myself up in a brand new city with everything I need. Upon my arrival, I’m transported to my 2-week paid for hotel situated in the heart of Beijing (walking distance from the Olympic village) while I undertake my training, after which they assist me on finding suitable accommodation. This accommodation will be paid for by the company with a monthly housing allowance. It gets pretty 007 when the first things I will be handed are my Chinese bank account and Chinese sim card. Flights paid for (with enough left over £) and full health insurance. I’m completely set up with a very generous wage, MORE than I currently earn.

Okay, so I’ve got the essentials taken care of, but what about the little things, daily life? There are some questions which are raised that I still have to consider

A genuine concern brought up by most is, will there be any amount of English out there? It’s a known fact that most Chinese citizens (particularly the older generation) don’t know English, particularly out of the bigger cities. However, I will be working for an English school, common sense dictating that I will be in contact with several English speakers. Also, the teachers discourage the use of any Chinese within the school, giving me the advantage. The school even provides me with weekly Chinese lessons, which itself will be handy.

My time volunteering in Indonesia showed the unbelievable advantage of knowing just one English speaker. But of course, there will be times where I’ll be on my own, stumped in conversation with a local, a situation I’ve been in before. With enough practise, you can essentially communicate anything with a local given the right gestures and signals i.e. in a restaurant/shop/hostel etc. it’s easy enough to get your point across. Things like getting in a taxi of course will be much more of a ball-ache.

“What are you going to eat?”

“Uhh they eat like bugs and stuff over there / You’re going to be eating Chinese everyday”. Well…yes technically I will be, but of course it’s nothing related to your Sunday night takeaway. I had the same “problem” in Indonesia, usually in the more rural areas. Most of the time you probably are going to find yourself not being able to recognise what’s on your plate and not know exactly it is you’re eating…and? Thankfully I am not your pain in the ass fussy eater; if its edible, it’ll do. Isn’t part of the reason for travelling is to try new cuisine? Where at first, I was apprehensive to indulge in local side-street food (not the most appealing or hygienic), in the end those would be the only places I’d eat. And as I’ll be in a superpowers capital, I’m sure I’d be able to find myself a cheeky big mac on those type of days. Oh, and I fucking love a Chinese.

“Isn’t the government strict as hell?”

“Arnt they communists? Isn’t the government watching you?” Obviously, I can’t speak from authority on this matter, only from what I’ve heard and read. It seems to be true, there are certain aspects of Chinese rule that I might find strange. Such as Western news being censored, or hearing from a Chinese woman that it’s the government whom dictate when their citizens homes heating may be turned on. However, its nowhere near as strict as its made out to be. No cause for concern, it’s just a different way of life, one that can easily be gotten used to.

“OH MY GOD, YOU CAN’T GO ON YOUTUBE, INSTAGRAM, FACEBOOK!!!!!” Sadly, that one’s actually true. If I were to travel there unprepared, I’d be banned from these for the duration of my stay. However, you’re naïve if you think people haven’t found a way around this. The answer is in a VPN, which essentially bypasses any government block. Remember when you used to use certain websites to access youtube in school or work, it’s basically a sophisticated one of those. This has to be sorted BEFORE departure.

“Isn’t that highly illegal, punishable by life in a prison camp?” Considering that my very employers suggested I got a VPN, it should show it’s not really a big deal. The government knows about it but just doesn’t really care.

I got no arrogant naïve opinions on Chinese weather, simply because nobody knows what the weather’s like there, neither do I. Naturally, as China’s one of the biggest countries in the world, the weather fluctuates by region. Put simply, the further North you travel, the harsher the winter. In a city like Beijing, it can get as high as 40°C and as low as -25°C. So not your simple “It’s hot” answer.

“Everything’s cheap in China and Asia right?” In some aspects, not in others. Like anywhere in the world, the more rural areas will always be cheaper than the mega-cities. It’s another difficult one to judge from here, but it seems to depend on what you’re buying. Certain basic things such as a local beer, bus passes, cigarettes, a meal and bottles of coke are generally cheaper. Where other things are what you’d expect to pay back home; vegetables, milk, cinema tickets etc. Some are even more expensive, paying upwards of £10 for cheese!!

With all things considered, I really can’t see the big deal about the move. Of course it’s going to be an enormous culture shock. Surly that’s what a traveller wants!! To experience a world completely different from my own, to live the life of a local. Time will tell I’m regarded as a confident maverick or an arrogant prick.

The 10 Best Highlights To See In Australia 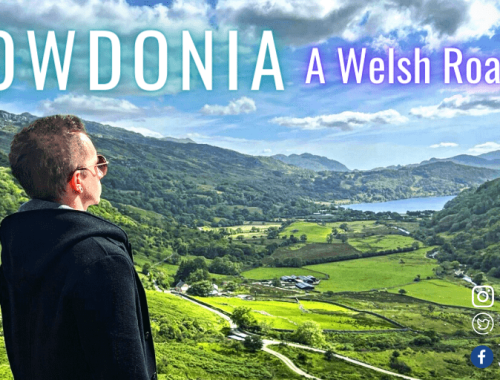 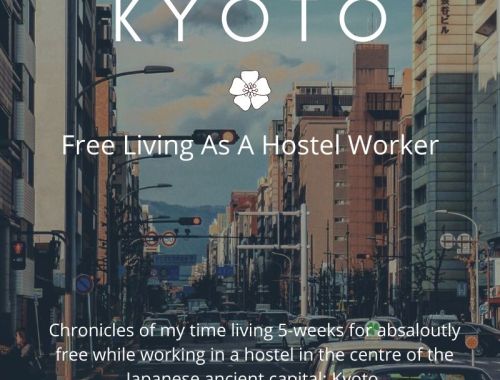 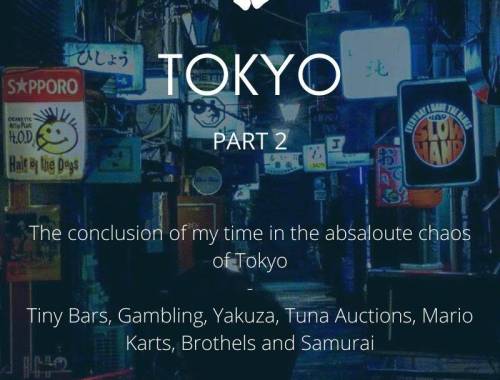