For the first time in 3 and a half years, I finally returned to my beloved homeland of Wales. Having spent over a month enjoying the comforts of home, it would soon be time to return to Taiwan. The problem was that I hadn’t really had a chance to see anything during my time there. I had one day to play with, so I had to make the most of it!

It couldn’t have been an easier choice. For this special adventure, I’d be spending the day somewhere I believe best represents the outstanding natural beauty of my country, Snowdonia National Park, or Yr Wyddfa as we’d say in my mother tongue.

So sit back and relax while I show you the best Wales has to offer.

I originally hoped to solo camp along one of the many trails that led around the national park. Though I may be an island boy from Anglesey, the range of Snowdonia has always been an incredible comfort for me, so I was keen to experience it in a whole new way!

Sadly for me, however, I wasn’t able to drive as I wasn’t able to be insured, something that’s very necessary for my driving style! As such, driving into the middle of the boonies for a few days wasn’t an option.

With time running out, I had to think of another plan. For certain I wanted to explore the area surrounding Snowdonia, so why not explore the whole thing? With each old childhood memory, a new spot was marked on the map until the perfect route manifested itself. And so it was decided, this adventure would take me on an epic road trip through some of North Wales’ most stunning spots, with mother and father as my willing tagalongs

Learn About the Magic of Slate!

What is slate? Well, you’ve probably seen it on the rooves of many traditional British homes or even being used at a plate in a pretentious restaurant. It may surprise you to learn that for centuries, North Wales become a central hub of human development! From copper mines used by the Romans to iron ores playing a vital role in Britain’s bronze age, sheep isn’t the only resource my homeland is known for!

For centuries, one of the most valuable minerals found in the region was slate, a strong, weather-resistant rock that was used to build everything from castles to common homes.

Wow, that’s so interesting PJ! Where can we learn more about the magic of slate?! Well luckily, I knew just the place! Just on the doorstep of Snowdonia National Park, Llanberis became the spiritual home of slate. It has since become a one-stop-shop for nature, culture and extreme sports (more on that later). On top of that, it was a place I was repeatedly forced to enjoy as a part of school trips.

The National Slate Museum showed the history of the industry and the conditions young men were forced to work in. It also had the same show which I saw as a kid; a guy that infamously carves a perfect circle out of a single piece of slate. Please try to contain your excitement people.

About a month ago, I wrote about my first paddleboarding experience in Hualien. Since I’ve left the UK, it’s suddenly become the newest craze! With bargain-rate paddleboards being sold at Aldi, suddenly many of Britain’s working-class finest took to the waves to become water sport enthusiasts.

Tragically, Wales is a little behind when it comes to realising its potential! With such spectacular natural surroundings, vast lakes, and sheer rock faces, North Wales is a goldmine!! They even have more extreme alternatives such as wakeboarding or riding the world’s longest zipline, all within a 20-mile radius!

If this was any other country, they’d be screaming from the rooftops how this was paradise for outdoorsy adventure seekers! It’s beautiful seeing a blossoming new industry, and highly frustrating that it hasn’t got the attention it deserves…yet.

What to see, how to get there, where to stay, what to eat

Some of you might have heard of Wales being referred to as “The Valleys”, and there’s good reason for that. The term typically refers to the landscapes of South Wales as we Northerners tend to get a bad rap and less of a reputation. Regardless, we were heading into what I would refer to as the real Welsh valleys.

Bless my parents, as they were fully accommodating to my demanding need for photography. Every few miles we were forced to stop so I could film some breathtaking footage and fully savour the moment. One of those spots was deep in the heart of the valleys, a place which deserved a moment of respect.

Delving into the cliff faces, I sat for a few moments of self-reflection as I looked in open-jawed wonder at the true beauty of my country.

The Grass Is Sometimes Greener

Across my 6 years of living in Asia, I had sadly lost appreciation for my homeland. I’m a simple country boy from a town of 2,000 people, and each one of those inhabitants had the same option; leave or stay forever. I chose the former, and never looked back since.

To say there is a lack of opportunities is an understatement. The same old routines with the same old faces and their antiquated mindsets. For as much love as I had for my country, it wasn’t where I belonged. As such, it wasn’t anywhere I looked forward to going back to.

Yet, one thing Wales does have going for it is its extraordinary natural beauty, though sadly we tend to stand in the shadow of our Celtic brothers Scotland. On top of that, which sound-minded tourist says “I don’t want to see London or the Scottish Highlands, I want to travel to bumb fuck nowhere Wales!“

Regardless, today was my time to be a tourist and to finally appreciate my roots. Having spent the whole day driving from one beautiful view to the next, from rolling mountain vistas and thick blankets of forests to dark eerie lakes and calm coastal waters… I may not want to live here, but God damn I love my country.

Another quirky little attraction along the way to Snowdonia came with one hell of an interesting story. Many years ago, in times of kings and peasantry, a decree put in place stated that if you could build a functional house which included a bathroom and a working fireplace before midnight, then you’d be allowed to keep the house on that patch of land. And thus, the ugly house was created!

Literally thrown together in a matter of hours, the house has stood on the side of this quiet country road for centuries! It’s since been turned into a quaint little café, a great place to stop along the way.

Before the tranquillity of Snowdonia, there was one stop along the way…

Here are the chronicles of my intense 24 hours in the multi-cultural, psychedelic paradise of Amsterdam.

Welcome To Our Quite Mountain Town

The biggest name on my itinerary was one that I recommend to anyone visiting the area surrounding Snowdonia, Betws-y-Coed. This picturesque little mountain town is something out of a fairytale. With tranquil rivers, traditional stone bridges and gentle waterfalls cascading through the centre of town, it’s one of the most photogenic spots in the country.

Since I was a child I’ve been coming here for family picnics and to spend the day visiting the various outdoor activity stores in the area. Conveniently for me, it was a great place to do some souvenir shopping too!

Typically I only buy small trinkets that would be easy to carry on my travels, postcards and patches etc. However, this time around, I had another person to look out for, dear old Jess. The poor girl couldn’t come with me during this trip (due to the sad nature of my visit), and these were just the kinds of places that I wanted to show her.

It did at least give me the opportunity to find some little Welsh-themed gifties that could expose her a little more to my fascinating culture! Sadly she wasn’t the biggest fan of taffi triog.

There was one more spot on my itinerary that I just had to include, a place which is quite iconic in Welsh mythology. But to understand its significance, let me take you back a few hundred years…

During the period in history when Wales had its own members of royalty, one of the most beloved figures of Welsh history, Prince Llywelyn, had a palace near this area. Llywelyn would often spend the day hunting, leaving behind his young baby boy under the care of his beloved Irish Wolfhound, Gelert.

One day, Llywelyn returned to the palace to find his baby’s crib knocked to the ground and stained red. Beside it, he found Gelert with his jaw soaked in blood. Without hesitation, Llywelyn took his sword and struck down his beloved Gelert for killing his son.

At that instant, he heard the cries of his young boy and discovered that he was completely unharmed! As he looked about the room, Llywelyn came across the corpse of a wild wolf that had been viciously killed. At that moment, the prince realised that Gelert had in fact protected his son.

Riddled with guilt and utmost gratitude for what Gelert had done, he buried him beneath a pair of lone trees in the middle of an open pasture, and renamed the town Beddgelert, which translates to “Gelert’s Grave”. Having lost my own beloved dog while I was away from home this year, it was the closure I needed before returning back to Taiwan once again.

Thank you so much for reading Snowdonia National Park: A Welsh Road Trip! Now check out these other helpful articles! 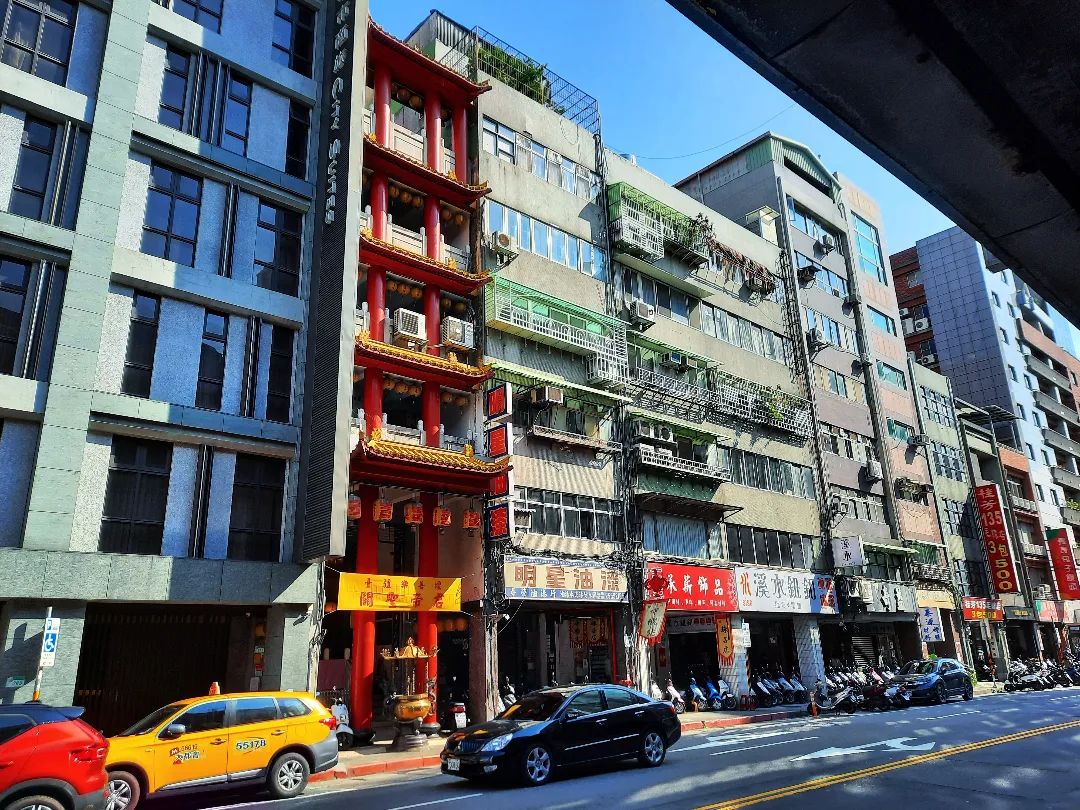 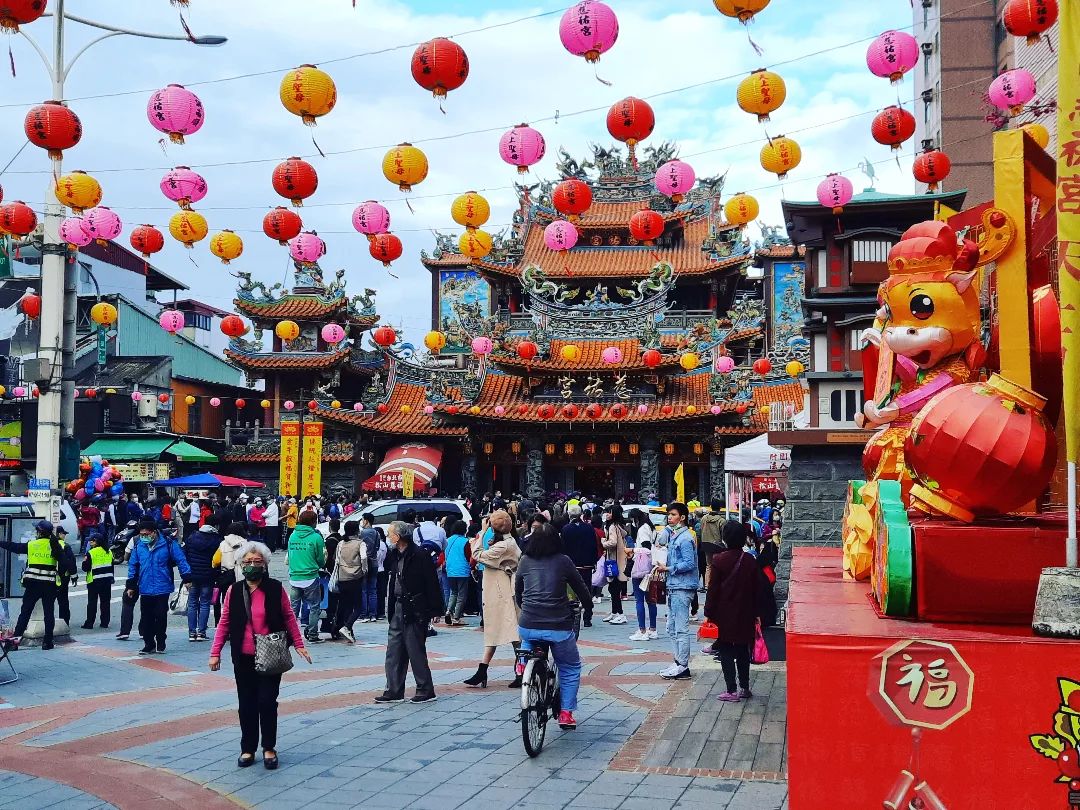 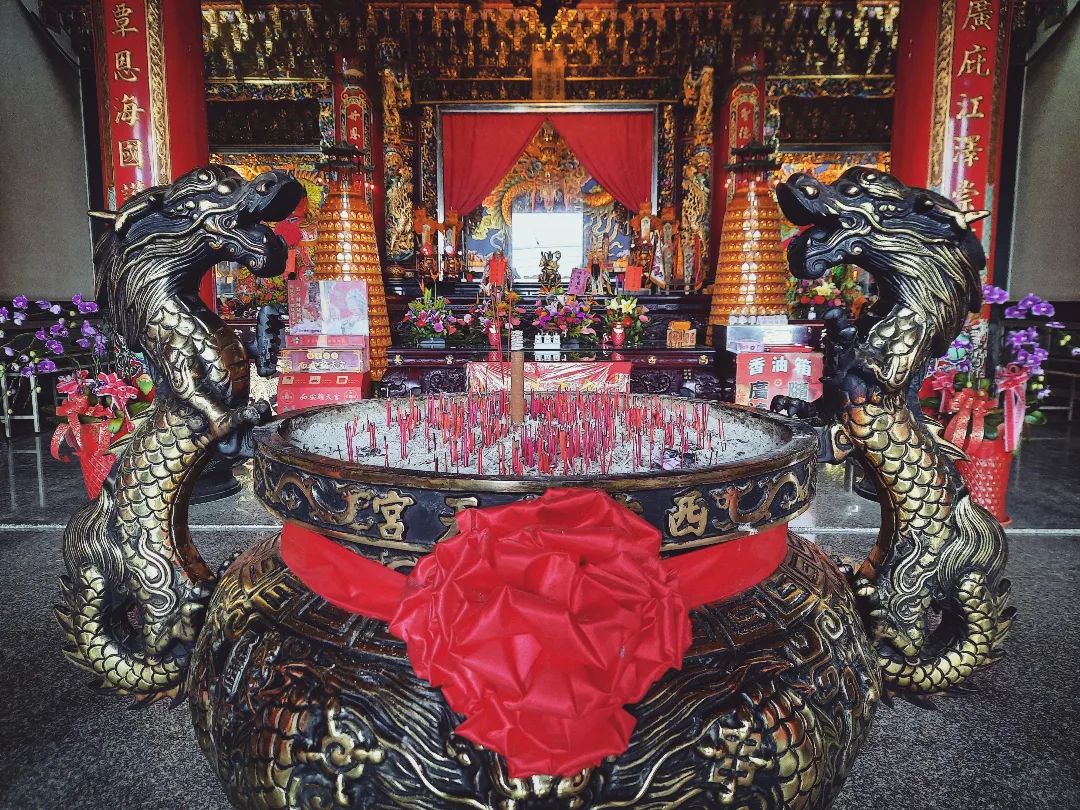 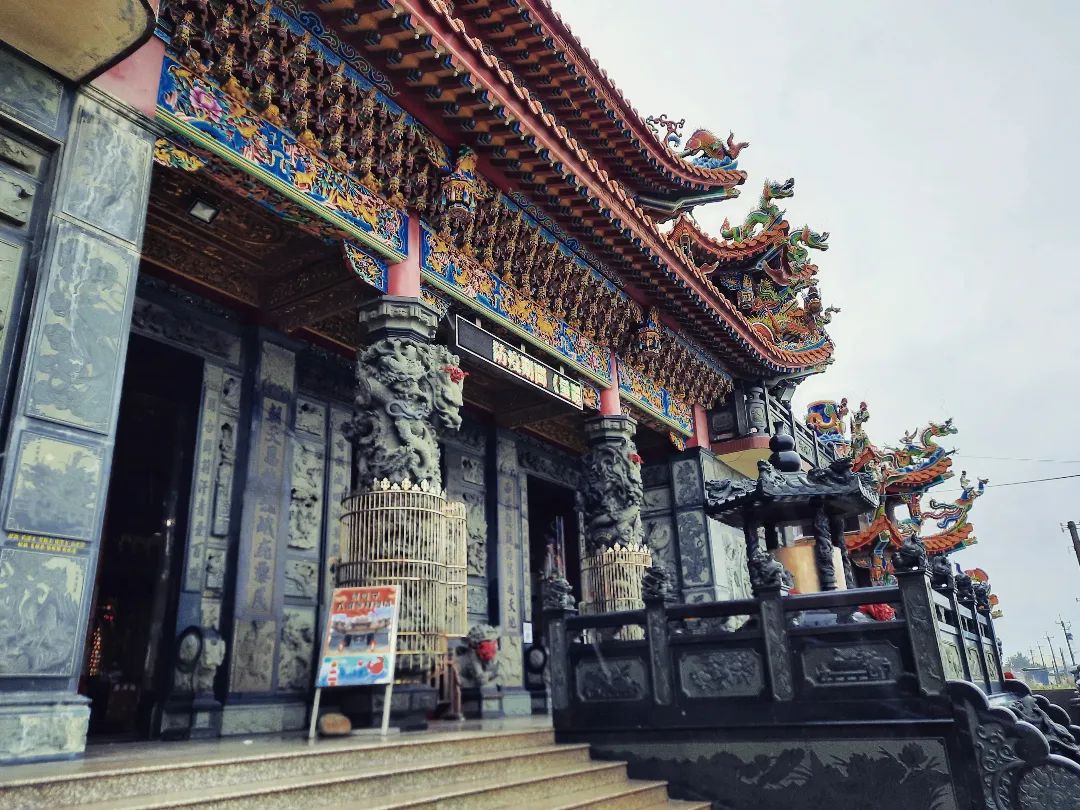 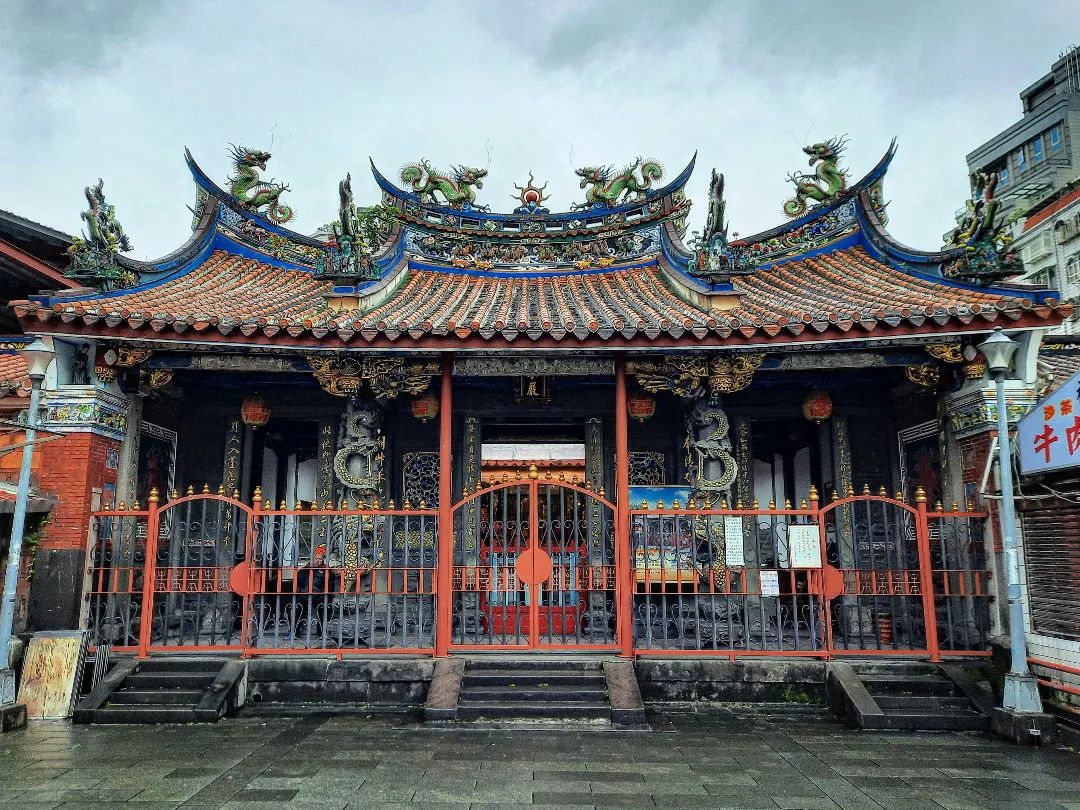