For the citizens of South Korea, Jeju Island is their own little slice of paradise. A tropical island separated from the mainland by turquoise blue ocean and surrounded by pristine white beaches. The island is not only home to some incredibly unique cultures, but also a geological goldmine in the form of ancient volcanoes, craters and some of the biggest and best lava tunnels the entire world has to offer. This is a list of the top 15 Jeju Island highlights.

This is arguably one of the best highlights Jeju has to offer. Otherwise known as ‘The pond of God‘, Cheonjeyeon Waterfall is a series of 3 consecutive falls carved from historic lava flows which lead towards the coast through the thick forests of the island. The walkway follows the river as it plummets over 3 separate falls before eventually reaching the sea. Each waterfall is completely unique and have their own personal qualities. You’re able to get up close and personal to the first waterfall and walk along the edge of Cheonjeyeon pond. Though there may not be any falling water during the warmer months, the deep blue pool and its perimeter certainly makes up for it.

About half way along the walkway is the spectacular Seonimgyo Bridge which stretches across the valley. The arched bridge is decorated with 7 nymphs along its side. According to folk tales, these nymphs would descend from heaven at night to bathe in the waterfall’s pool.

From monumental craters to the basalt walkways that surround the island, there’s proof everywhere of the volcanic activity that once dominated the area! Evidence of which lays beneath the surface of Jeju Island in the form of 160 lava tunnels. Formed thousands of years ago, Manjanggul Lava Tube is one of the largest and most well preserved in the world. The tunnels lead deeper into the island, revealing a number rock formations and the extent of the monstrous power which carved the vast tunnel system. Although the total length of the Lava Tube stretches for about 7.4km, only about a mile of the dimly-lit caves are open to the public. The 23 meter high tunnel perfectly demonstrates the extent of the power of nature.

Though there are 3 total entrances, only one is open to the public. Within, visitors can see various cave formations such as stalactites, stalagmites, flowstones, lava tubes, lava shelves, and lava rafts. The highlight of which is found at the very end of the tunnel. A 7.6 meters high lava column on display is the highest lava column in the world.

The UNESCO World Heritage Site and Global Geopark is yet another rock formation that’s the result of ancient volcanic activity. Seongsan Ilchulbong on the other hand is unlike any of the other volcanic sites on the island. An eruption beneath the ocean roughly 5,000 years ago resulted in the formation of a 180 meters high crater encircled by a crown of jagged rocks. It’s yet another truly mammoth example of nature’s force and one of Jeju ‘s biggest highlights.

What was once a crater standing in the middle of the ocean has now been connected to the mainland by centuries of built-up earth. A pathway leads towards the edge of the crater and winds up the edge of the crater which should take 30 minutes or so, depending on your fitness. Once there, you’re able to see the grass covered bowl-shaped crater and a beautiful view back over Jeju island. The site also known as “Sunrise Peak” is renowned as the number one spot to view an awe-inspiring sunrise.

Who would have guessed, ANOTHER site resulting from the islands volcanic past! It’s yet another one of Jeju’s national monuments and a geological dream! The cliffs of Jusangjeolli are imposing hexagonal rock formations that look so pristine you would think they were carved. They were formed when the nearby Hallasan Mountain erupted into the sea and left behind the columns that appear to rise out of the ocean. Its become a popular spot for tourists to walk around and enjoy the incredible scenery along the coast.

We’re not done with Jeju’s volcanic past just yet! Arguably the most important geological site on the island is the central Hallasan Mountain. This former volcano was responsible for originally creating Jeju over 25,000 years ago, and to this day makes up the bulk of the island. The mountain is also considered to be one of Korea’s 3 spirit mountains, as well as being South Korea’s tallest at 1,950 meters high. With all things considered, it certainly has to be one of the biggest highlights on Jeju!

Surrounding the mountain is over 360 seperate volcanic cones which further confirm the areas former glory. The area is also home to all manner of flora and fauna, so much so that it was designated as a Natural Monument in 1966. The mountain has different faces in each season! During the autumn months the mountain is blanketed with the red fallen leaves, while the winter months brings a snow-covered mountain top.

One of the oldest and most pristine sites on the island is also one of the most important cultural assets on Jeju, and certainly a worthy highlight. Gwandeokjeong is the oldest structure on the island, it has a long tradition and proudly presents the island’s grandeur. The name “Gwandeok” means “to reform oneself and cultivate virtues at all times,” which represents the spirit of literary and physical strength.

Gwandeokjeong is yet another example of extraordinary Korean architectural beauty. The 15th century pavillion from the reign of King Sejong’s has had many functions over the years. Originally starting as a training ground for the military, it was later used as a venue for practicing martial arts, discussions between officials and citizens, holding festivities and sometimes punishing criminals. For its historic contribution to strengthening the mind and soul of soldiers. Today, the pavilion serves as a model of excellence in soldier training.

Though the island has plenty of lighthouses, there are few better views than here at Sanji Lighthouse. It was built in an area once known as “sanjichon” (translated as the mountainous village) as seen in a book of paintings created in 1702 under the command of Jeju’s governor. The lighthouse sits half-way up Sarabong Peak, and has a glorious view which overlooks Jeju port.

Not to be mistaken with Cheonjeyeon Falls, Cheonjiyeon Falls is worthy of its own mention, and another of Jeju ‘s very best highlights. The 22 meter high waterfall creates a thundering sound as it collides with the artificial pool beneath. It’s such a striking view that the falls name represents “sky connected with land”. The waterfall is also a very popular spot to visit at night as they are illuminated, which is the best time to see a rock formation known as the “Hidden Face”. Its also famous for the Natural Habitat for Giant Mottled Eels, which are nocturnal.

Naturally, whilst exploring a tropical island, one stop has to include a beach, and here’s one of the best! Hamdeok beach consists of roughly 500 meters of shallow emerald-blue waters with virtually no waves. Its become increasingly popular with families and come with everything you would need for a day at the beach! Along with an arched bridge over black volcanic basalt and a red lighthouse at the end of the coast, its a nice little place to relax and enjoy island life.

This informative little museum is a pleasant mish-mash of displays detailing both Jeju’s nature and culture. Naturally a large proportion of the exhibits detail the natural history of the island, such as its formation and geological structure. There are also exhibits showing some of the islands wildlife, though sadly there aren’t too many examples.

A large proportion of the museum is also shows the history of the original pioneering ancestors that first inhabited the island and their evolving cultures and customs. The exhibits highlights different traditional Jeju cultures through traditional housing architecture, rites of passage, agricultural techniques and food specialties. Its also the only place in the country which displays the island’s traditional local cultures.

Dongmunjaerae market is Jeju Island’s largest and oldest permanent market. Its an enormous site which offers all manner of goods. It functions as a street market, night market, traditional market, and seafood market all in one. Without doubt the seafood is the most stocked! Within the market are also plenty of places where you can sit down and sample some of the freshest produce.

If you’re sick to death with volcanoes, how about a side-track of a sexual nature? Jeju Love Island is a sexual sculpture park filled with erotically themed art pieces, and for some one of the island’s best highlights. As the only sexual theme park in the country, it’s a place to let your imagination run wid. The park breaks traditional taboos and explores the beauty of sexuality. This completely unique and quirky detour is one of the few attractions on the island you can enjoy at night.

The island has a long history of evolving cultures that originated from the island’s original pioneers. The folklore of the island is entwined in the islands past and present, which has had a lasting effect on their culture. Situated in the former location of the island’s capital, the Seongeup Folk Village is a place where Jeju’s folk culture is properly preserved. Within are exhibits detailing cultures from 1410 to 1914 with the help of properties passed down from generation to generation. Some of the materials include Confucian shrines, ancient government offices and stone monuments to name a few.

On the eastern coast of Jeju is Seopjikoji, a beautiful coastline full of blooming flowers, grazing donkeys and the rising peak of Seongsan Ilchulbong in the distance. Visitors can also spot Seonbawi Rock rising from the middle of the ocean. The unique factor of the beach is that its made of red volcanic ash known as “scoria” and with a scattering of rock formations that only reveals themselves during low tide.

Who would have thought that one of Jeju Island’s biggest highlights would be a museum dedicated to the legendary adorable cat. The museum is dedicated to the 40 year history. The museum also reveals the unique sub-culture the brand has created and allows visitors to explore their creative side. There are a number of permanent and rotating exhibitions. 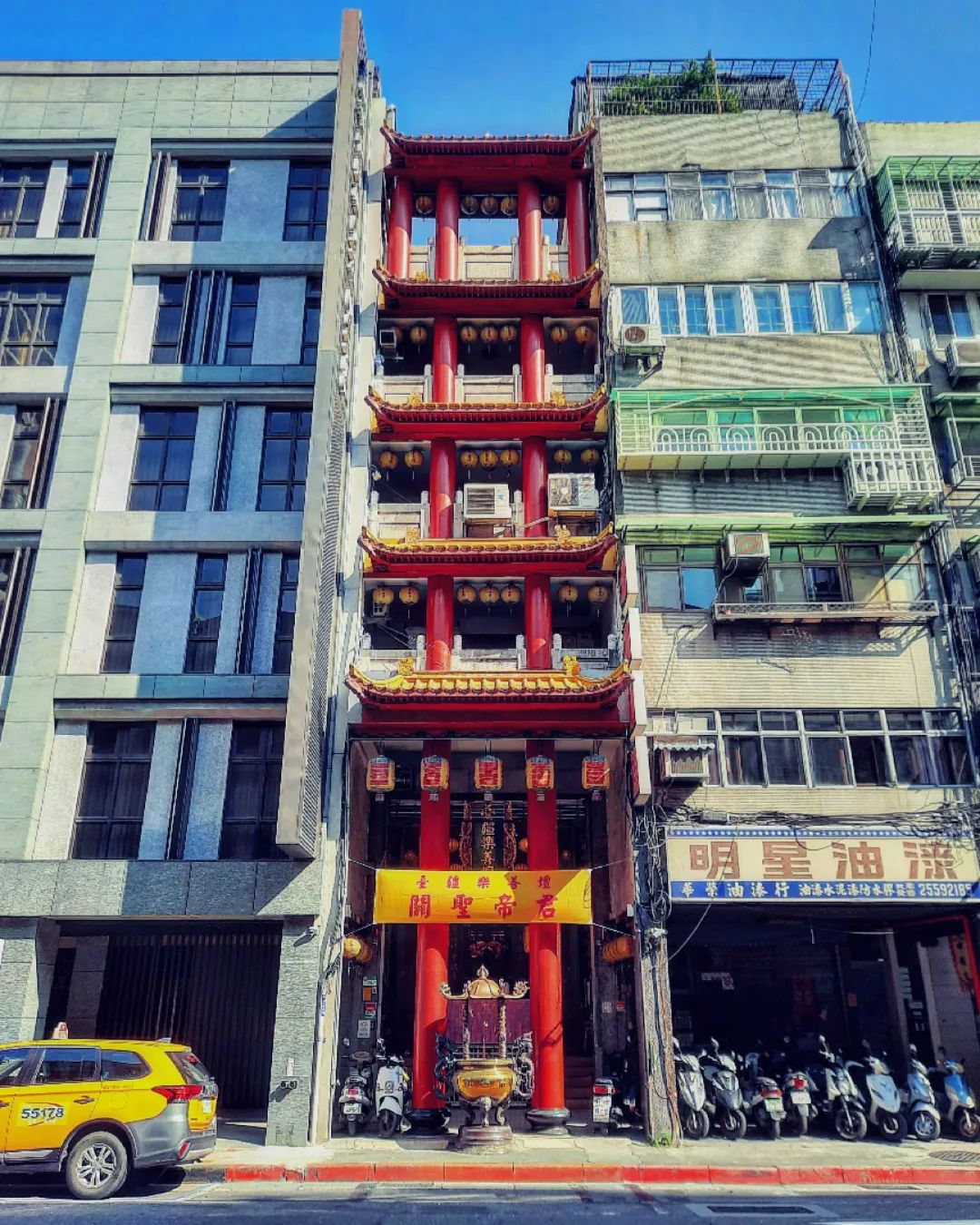