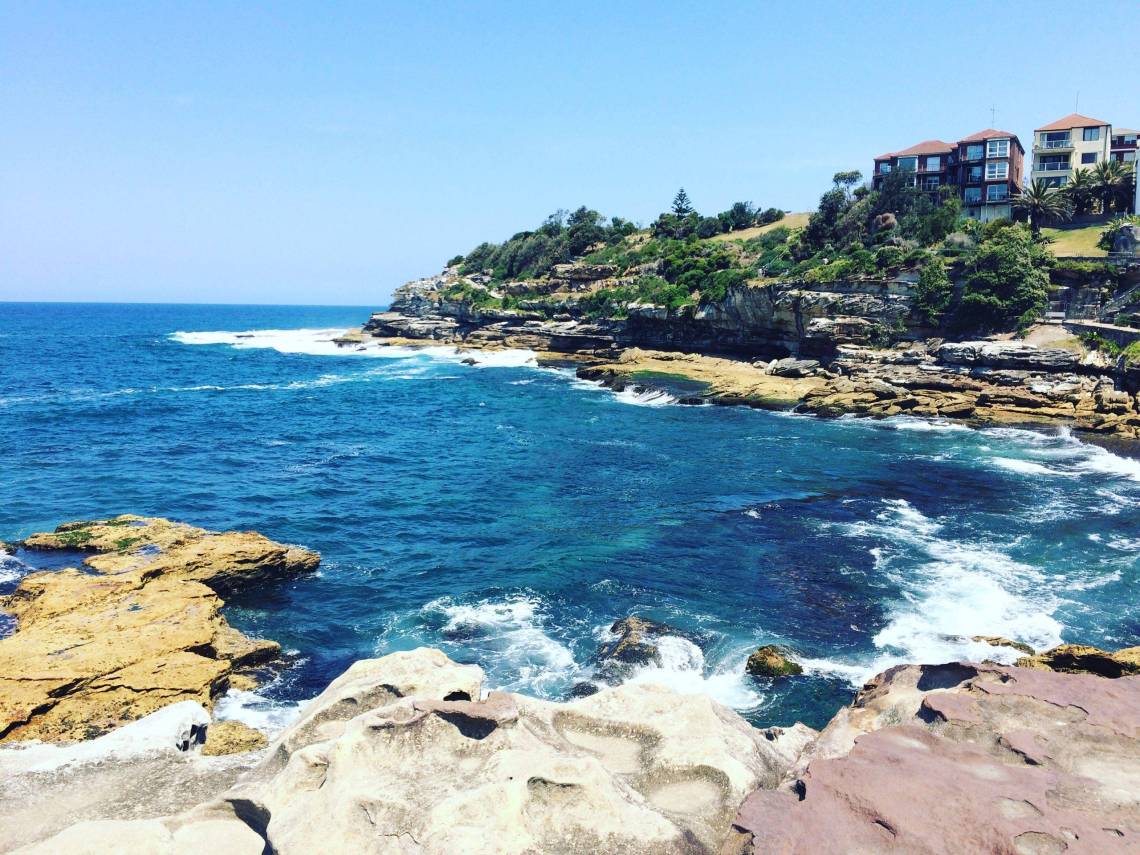 I covered a hell of a lot of ground in my time in Australia; from the entire East Coast, the agonisingly long bus-ride to the red centre and back out all the way to the Northern tip. This incredible country provides a hell of a lot of bucket list moments, backpackers flock here for a reason. Here are my top 10 moments over my 5-week trip.

By far the clear winner. If you’re looking for an action-packed adrenaline filled pure adventure in a secluded tropical island with some like-minded people, this is for you. This should be the one thing you do in your time in Australia. Its getting off the grid completely, tackling the scarcely populated island in a convoy of monstrous 4x4s designed to tackle the harsh environment. Every day you become Victorian explorers tackling the elements.

Among the adrenaline pumping rallying and trekking through the rainforests, you’ll find pure nirvana, on more than one occasion. A peaceful oasis one after the other, the impenetrable location making it void of any people. One day you’re drifting along a creek through the rainforest on a rubber ring, the next you’re getting a free cleansing by thousands of tiny fish that peck away at your dead skin. As natural as it gets, and there you are with the group of backpackers you’ve come to build friendships with, soaking in the environment.

If that doesn’t do it for you, there’s also the vast breadth of wildlife, namely the dingoes. They’re the islands main draw, an island off the East coast ruled by the rare dingo. Rare they are, as is the case with animals, it’s all luck in the end whether you see one. You also might be lucky enough to see manatees, sea turtles, rays, huntsman spiders and possibly sharks to name a few.

If even that won’t convince you, perhaps living island life will. Good old-fashioned tenting, cooking and dining in the open, and of course the copious amounts of alcohol. This could be around the campfire, or in the single wooden gazebo (the nightclub), or on the beach beneath the starlight.

This will be one of the more expensive tours, fetching p to around £300 for a 3 days 2 night one like I took. But as I said, there will be no opportunity worth it more than this.

Another must do on the East coast. A chance to get out on the Great Barrier Reef on an all-inclusive boat (minus the alcohol) with another group of relaxed like-minded backpackers. Here you’ll see equally staggering scenery completely untouched by civilization. Jurassic park styled islands covered with thick trees are scattered haphazardly as the sailboat waves in-between.

The most enjoyable part was simply being sat on the boat as our captains drifted us along the ocean under the sun. It’s an incredibly relaxing experience in itself, and sleeping on the deck is a MUST.

You’ll get an opportunity to visit the top photo op of Whitsunday island, as well as getting to enter the waters, where you could run into sea turtles, dolphins, and the best selection of fish I saw in my time in Australia. You are after all, on the Great Barrier Reef!

When the sun sets, the party begins. It’s when food is prepared for you and the drinking commences. If you’ve ever wanted to party for a couple of days on a boat full of bikini wearing backpackers in the sunset, book a tour.

The type of tour you take is important! Most importantly is price and whats included in the tour, but also what kind of tour it is. I.e. some are aimed towards the older generations where others are purely booze cruises and a selection in-between.

Despite the reef stretching from Whitsunday islands all the way up to Cairns, the latter is the place to see the reef for what it is. They hold the best tours and of course, the best guides who know just the spots you’re likely to see nature’s highlights. This would include sea turtles, barracudas, rays, nemos, oh, and a SHARK.

Going to Australia to see Kangaroo’s and Koala’s, how original. Still one of my biggest highlights, somewhere I could of happily stayed for days on end. If you’re going to see Australia’s trophy animals, there’s no better way of experiencing it than right here. Just a short bus ride out of Brisbane and a reasonable price, you can hold a Koala and spend your day sat beside the incredibly friendly and inquisitive kangaroos, wallabies and emus.

Price of entry into the sanctuary, holding a koala and getting a professional photo will cost you around £30. You might say it’s no comparison to seeing them in the wild, agreed. However you’re much more likely to find them as corpses littered on the roadside…

A bucket list tick right here. Although I tackled half the trip by bus under the influence of flu, every mile from Alice Spring to Darwin was covered in my new friend’s pick-up. Might not be your definition road-trip, as we only stopped once on the essentially non-stop 24-hour trip, so a bit more time is recommended. Even if you’re just driving the whole time, you get to take in the spectacularly barren landscape that you’re in and all the unique nature found within

We drove through the red desert as my ever so knowledgeable driver pointed out the countless wildlife we’d encounter. Hours of darkness was spent swerving around swarms of toads that were littered across the road, and frequent encounters with scorpions, snakes and lizards. If there’s one way to see the outback, it’s through a road-trip.

Melbourne as a whole could be included in this list, but St. Kilda would be the best spot. An incredibly familiar modern European-like city with an astounding amount of history. A short tram ride from the city centre and you’ll find yourself on the beach front town of St. Kilda. A spectacular picturesque beachfront with echoes of Miami while remaining discrete with charming little streets.

To be completely fair, St. Kilda is a candidate simply because of the tiny fairy penguins which hide under the deck at sunset. Seeing penguins on the beaches of AUSTRALIA on my very first day blew my mind, and ticked another big one off the bucket list.

Another obvious one here, but come on, it has to be on the list. You’re not going to go all the way to Australia and not see it. We’ve all seen it on TV, 42 Wallaby Way, Sydney and all that. It is Australia, so I couldn’t help but feel like a giddy child seeing it.

Yeees there are crowds, but it’s the Opera House! Sit down and watch the world go buy around the port or on the other side relax in the beautifully picturesque park over-watching the straight. You’re not going to go to Oz without seeing the Opera house, so there.

More of a village than a town; a quiet oasis along the hectic East coast, yet provides some of the best adventures Australia has to offer. Here’s the launch point for Fraser Island, but don’t forget to experience the beach itself! It’s called Rainbow beach for a reason, the vivid pastel colours of the sand dunes bleeds into the beaches.

The best way to see them is out the window of a 4×4 making its way to the end of the beach where everyone seems to gather. This is the perfect place for any sea based activity. This is where everyone comes to surf, paddleboard and kayak. I did the latter, in an attempt to see dolphins which are in the area. Didn’t see one in the end, but still.

Probably one of the most picturesque walking routes across Australia. If the utter perfection of world famous Bondi beach isn’t enough, a short walk across the coast as you watch the turquoise blue waves crash into the near cliff-face. I could rattle on about this walk, but I’ll let the pictures speak for themselves.

Although technically not a highlight personally being most of my time there was spent bed-ridden, I feel it was an opportunity missed. Missing out on seeing Uluru was a big upset, and the tours which they included. However, I was able to simply experience where I was, the outback! Seeing a couple of sites like Devil’s marbles and reaching the dead centre of Australia was a small achievement. There’s a lot more to Australia than just the East coast.

The 10 Best Highlights To See In Indonesia 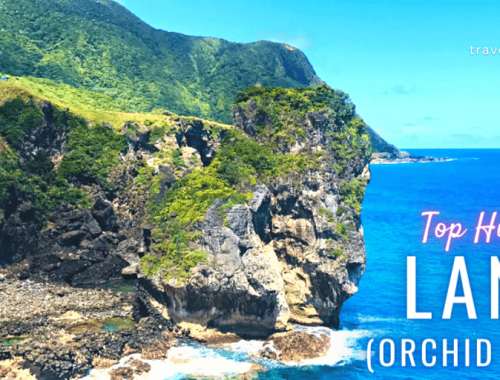 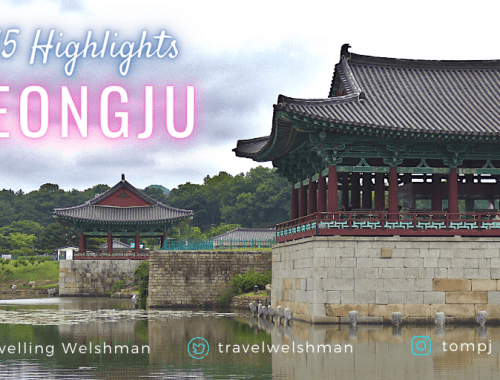 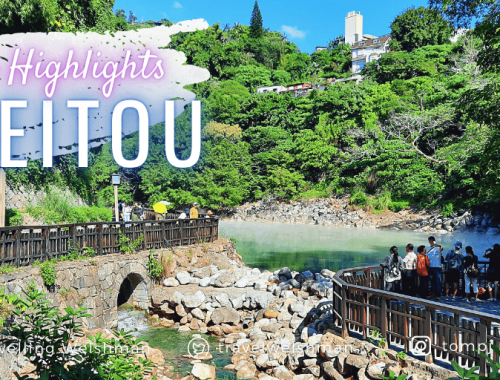 The 15 Best Highlights To See in Beitou